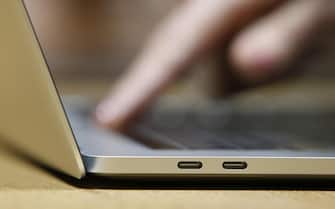 On average, Italians spend online 30 years, 5 months and 19 days of their lives. This is more than a third of the average life expectancy, which in our country is 82 years

WATCH THE VIDEO: Internet in Italy, over 30% families without computers

They stay connected every week 61 hours, almost three days. A third of this time is devoted to work. The remainder instead goes to various online activities, among which the time spent on TV streaming platforms stands out

YouTube, music and more: the most watched videos in Italy in 2022. THE RANKING

It is the result of an investigation conducted by the virtual network service NordVpn, on a sample between 18 and 64 years old. World-wide of this ranking Italy is sixth. First there are Taiwan, Korea, Mexico, Brazil and Hong Kong

Drones and robot warehouse workers: we have experienced the Amazon technologies of tomorrow firsthand

For Italians, being connected 61 hours a week translates into 132 days a year and, indeed, 30 and a half years of life

Spotify Wrapped 2022: How to see your favorite songs and artists of the year

Seven hours and 14 minutes, on the other hand, is the number of hours allocated to social media such as Facebook, Instagram and TikTok. Another 4 hours and 44 minutes a week are spent watching videos, for example on YouTube

Another research – from 2018, signed Comscore – had highlighted how the most digitally developed countries showed access rates in multi-platform mode (i.e. both via Desktop and via Mobile device) higher than in Italy, whose value stood at 48% compared, for example , 68% recorded in Germany and 67% in the United States

According to the research, the growth in the use of the Internet, however, was determined by the use of mobile devices: 31.5 million Italians connect from mobile devices and – of these – 12.6 million exclusively through a smartphone or tablet