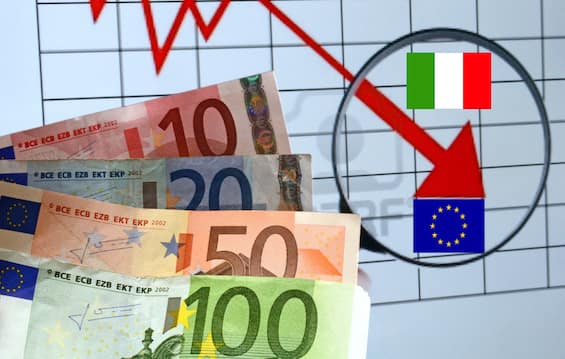 The slowdown in household demand has triggered a recession that is expected to be short-lived. Production and employment declining in the last months of 2022, while global price growth of 6% in 2023 is conceivable

In January, Italy’s GDP is destined to fall by 0.9% in economic terms, with growth of 0.4% compared to the same month in 2022. This is what emerges from the revelations of Congiuntura di Confcommercio. The consequence is “a recessionary cycle of reduced duration and intensity”, following a “slowdown in household demand”.

As regards inflation, in January consumer prices should experience an increase of 0.6% on the last month of 2022, with a rate from 11.6% in December to the current 10.5%. However, Confcommercio argues that “it is difficult to hypothesize an average price growth of less than 6% in 2023”, considering the global figure for 2021, set at 5.1%.

According to Confcommercio, the phase of contradiction between the evidence emerging from the economic indicators continues. “A strong recovery of confidence is contrasted by the zeroing out of consumption growth in the last quarter of 2022. Production and employment are expected to decrease between last November and the current month of January, yet very favorable signs are seen on the side of inflation, very high but probably significantly decreasing in the coming months”, is the comment of the organization.

The behavior of households, however, remains positive “despite the erosion of the purchasing power of current incomes and liquid wealth, only partially offset by public support”. Therefore, drastic and generalized reductions in demand are to be excluded, at least in the short to medium term.

Finally, in November industrial production is confirmed to be slowing down, with a trend that could continue for the next few months as well. Employment was also down, falling by 0.1% from October, equal to a loss of 27,000 units.