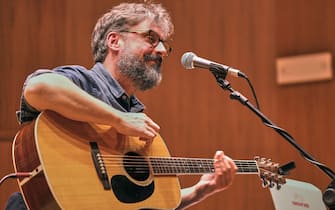 Many Italian singers who have decided to participate in It’s our turn – Music for Peace, the concert conceived by The representative of the list in favor of Ukraine. The show, in fact, will launch a fundraiser and the proceeds will go to Save The Children. Brunori Sas will also be among the artists who will perform in Piazza Maggiore in Bologna

WATCH THE VIDEO: Bologna, concert for peace It’s up to us

Among the singers present Diodato

In Bologna, the concert for peace in Piazza Maggiore “It’s up to us”. VIDEO

Elisa he immediately supported the idea of ​​the concert: “What is happening in Ukraine is inhumane and this is the time to raise a common voice,” said the singer. “My solidarity goes to all those who are suffering from the conflict, but above all it goes to the children”

Bologna, the concert for Ukraine It’s up to us – Music for Peace: the program

The concert for Ukraine with Save The Children: the artists who joined

Russia-Ukraine war, the reactions of the entertainment world

Gianni Morandi will propose his Sanremo success Open all doors

The concert was conceived by the list representative, alias Veronica Lucchesi and Dario Mangiaracina. It all started with a tweet from the Sicilian band, which on social media has launched an appeal to help Ukraine

Among the artists present also Noemi

There will also be the guitarist and songwriter Paolo Benvegnù

There will also be the rapper Rancore

Also present was the Florentine band The Zen Circus