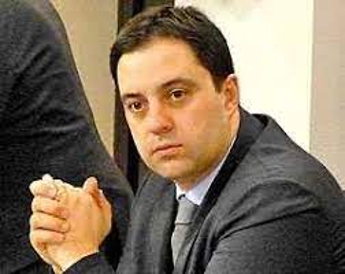 “I’m not leaving. I don’t know who spread these rumors but someone who is outside of Italia Viva certainly did.” Camillo D’Alessandro, deputy and Renzian ‘left’, thus denies the rumors that he is given among the parliamentarians departing from Italia Viva by talking to Adnkronos. It speaks of a “narrative” put around artfully and the honorable member of Iv is convinced that it will reveal itself as such at next weekend’s Leopolda.

“We are now focused on the success of Leopolda which I believe will have significant numbers and which will represent the real world compared to the narrative of recent days”. No goodbye then? “There is no landslide in progress either among the parliamentarians or in the territories. Those who insinuate doubts about the coherence and linearity of Iv do not reckon with what we have instead done and decided”. That is to say? “The facts speak for themselves: at the last administrative offices Italia Viva was everywhere in coalition with the center-left and where we weren’t, as in Rome, we then gave our support to the center-left candidate”.

In Sicily, however, things are different … “It is unusual that in the face of a national commitment everywhere in the center-left, the spotlight is on a case. A case that is totally and exclusively regional, linked to local and non-local dynamics. it is the prelude to nothing. I understand that it can make noise but the reality is another … “.

dialogue with Fi to break the center-right and build poles in the center, not to go elsewhere

Are you sure? On the Quirinale there are reconstructions on the fact that Renzi could support Silvio Berlusconi … “It seems to me that these reconstructions have all been denied. A fan has been activated but this is not the case.”

Have you talked to Renzi? Was there a confrontation with the parliamentarians? “No, there was no need for any comparison. We are working for Leopolda, Matteo Renzi will close work on Sunday at 12 and I think he will be clear on all points”. Today your colleague Marattin says that some of you may have doubts, do you have anyone? Is there any discomfort? “No, no discomfort. It seems obvious to me.”