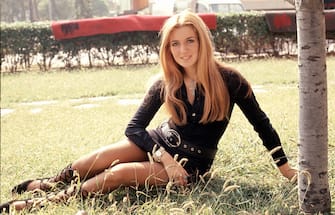 Ivana Spagna was born in Valeggio sul Mincio on December 16, 1954. Among the most commercially successful singers in Italy and abroad, in 2006 she obtained the Golden Record for Lifetime Achievement from FIMI. His first steps in the world of music take place in the late 60s. In 1971 he recorded a single with the first Italian version of Mamy Blue which, however, is unsuccessful. Thus, in 1972, the record company did not renew her contract

Ivana Spagna: the new album of unreleased songs is released

During the seventies he sang with his group, the Opera Madre, which includes his brother, Giorgio Theo Spagna, and his then partner, Alfredo Larry Pignagnoli, in the discos and dance halls of Italy. The early eighties saw her lend her voice to bands such as Fun Fun, then sing under the pseudonyms of Mirage, Barbara York, Carol Kane and Yvonne Kay; with the latter will register I’ve got the music in me And Rise up for my love, both Gold Discs

Ivana Spagna, here’s how the singer has changed

Success came in 1986 when Ivana, using Spain as her stage name, self-produced two songs in English with a dance stamp: Easy Lady And Jealousy. CBS puts her under contract, planning her launch on the international music market: Easy Lady enters the Top 5 of the European, French, Spanish, German charts and at number 1 in Italy for 6 consecutive weeks, selling a total of over two million copies.

1987 is the year of confirmation: the new single is Call Me, which anticipates the first album, Dedicated to the Moon. Given the good feedback, Call me it is also exported to the United States where it ranks 13th on the Billboard dance singles chart

In 1988 the second album was released: You are my energy, published by CBS and dedicated to the memory of his recently deceased father. The pieces, while remaining in the wake of pop and disco, have a more rock sound. The first single extract is Every Girl and Boy

The album also includes Spain’s first ethnic experimentation, as well as his first approach to a social theme: the piece March 10, 1959 recalls the date of China’s conquest of Tibet. The piece uses oriental instruments and sounds and the choirs are performed by Tibetan monks. Later the Dalai Lama will dedicate a poem to her that Spain will transport to music with the title of Words of Truth

In 1990, supported by Sony, she moved to Los Angeles to work on her new recording project. The third album is No Way Out. In 1993 the last album was released entirely in English: Matter of Time. In 1994, during the summer, it comes out Lady Madonna, while in the autumn she is chosen by Elton John as the Italian voice of his Circle of Life, soundtrack of the film The Lion King

In 1995 he took part in the Sanremo Festival with the song People like us and takes third place. In 1996 Spain tries again the Sanremo adventure, reaching the fourth place with And I think of you. His album, Lonely wolves, will be the best-selling of the whole Festival

In 1997 he released his third album in Italian, Indivisible, which sells over 150 thousand copies. In 1998 comes the collection And what will it ever be – My best songs, the first greatest hits of the songs in Italian by the singer-songwriter. The second single excerpt is The beauty of life – World Cup Song, chosen by FIFA as Italy’s anthem at the 1998 World Cup in France

In 2000 he returned to Sanremo with the song With your name, which ranks in twelfth place. In 2001, from an idea of ​​Rudy Zerbi, the project of a cover disc for Spain was born, with the arrangements curated by Beppe Vessicchio

In 2002 the singer left Sony Music to move to the newly formed independent B&G label, with which she released the album Woman, consisting of 12 songs in English, Spanish and French. Also in 2002 the first book of Spain was released in bookstores, Crumb

In 2006, Spain participates for the fifth time in the Sanremo Festival with the song We cannot change, written by Maurizio Morante. At the end of the year she was awarded the Golden Record for Lifetime Achievement for her successes and more than ten million records sold.

In 2008 he sang the song together with Loredana Bertè at the Sanremo Festival, in the evening of duets Music and Words. On February 20, 2009 the EP was released on the Edel Music label Lola & Angiolina Project which sees her collaborate again with Bertè

On March 8, 2011, through Azzurra Music, he publishes his autobiography entitled Almost a confession! Everything I’ve never said. On January 17, 2012 it comes out Four, new album of unreleased songs in English. In 2017 she returns as a writer by publishing It will have happened to you too, a book that tells about unusual episodes in his life

On September 27, 2019 announces the release of the new album entitled 1954: his date of birth. “I chose it to take off the burden of age – he explains in an interview -. I don’t feel old and I have nothing to hide. I consider age a gift from heaven, a privilege: that of living ”