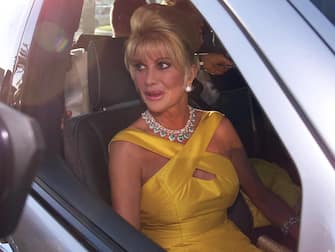 Modelshowbiz star, but also businesswoman. The July 14to 73 years old, she died a New York Ivana Marie Zelníčková, for a long time Mrs. Trump. “Announcement with great sadness to all those who loved her, and there were so many, that Ivana Trump died in her Manhattan home, “he said the former president on his social network “Truth”

WATCH THE VIDEO: USA, January 6: “Trump at the center of attempted coup”

Born in Czechoslovakia in 1949model for Eaton’s and stylist Auckie Sanft, Ivana married Donald in 1977, to 24 years, in second marriage (the first were with the Austrian Alfred Winklmayr, ski instructor, thanks to whom he obtained Austrian citizenship). The couple was one of the most famous in the US on horseback between the 80s and 90s, before a public separation due to Trump’s meeting with Marla Maples, who will become his second wife

Ivana Trump, the first wife of the US president, has died

Mother of three children of the former president, Donald Jr., Eric and the beloved IvankaDonald Trump’s first wife was also distinguished by a certain business flair, as evidenced by the formal offices, before CEO of the Castle Hotel, one of the Trump-owned casinos, and later vice president of interior design. He actively followed the construction of both the Trump Tower on Fifth Avenue that del Trump Taj Mahal casino in Atlantic City and has long been Donald’s most listened to adviser

Usa, Trump: “In 2024 we will take back the White House, we will restore order”

Despite the stormy divorce with Trump, Ivana immediately launched into business, with its own line of clothing, jewelry and beauty productsand she hadn’t been alone for long: in 1995 she married the Italian businessman Riccardo Mazzucchellibut the marriage failed after two years and she filed a lawsuit for breach of contract of $ 15 millionas Mazzucchelli had broken the confidentiality clause of the prenuptial contract

The former Mrs. Trump had then become a well-known face of Italian TV, thanks to wedding in 2008 with the actor and model Rossano Rubicondi celebrated on the estate of Donald in Mar-a-Lago, Florida. A wedding from 3 million dollars and 400 guests in which the family also participated: in fact Ivanka was the mother’s maid of honor

Usa, Trump could soon announce the race for the White House

The marriage, however, lasted less than a year: just a few months later she had in fact intervened atIsland of the famous, calling back Rubicondi to order, when he appeared in love with Belén Rodriguez

The television appearances did not end there: in 2010 participated in the same reality show but as a guest is in the 2018 was the star of one evening in an episode of dancing with the Stars

As he remembers Fanpagehowever, also participated in the English version of the “Big Brother Vip“, while on the Oxygen channel he hosted a reality show entitled”Ivana Young Man”, Where mature and divorced women seek the comfort of handsome young men

Despite the divorces, relations with her ex-husbands have always remained confidential: five years ago, in an interview with AbcIvana said she had forgiven her ex-husband’s escapade, “since after all he was a loving father, even if he would not have gone for a walk to Central Park with his children oa play baseball with them. The relationship with them only began to 18 yearswhen he was able to talk to them about business”

The same goes for Rubicondi with whom, despite a wedding-lightning of just a few months, it had maintained an excellent friendshipas evidenced by the closeness of him during his illness, crushed by a melanoma nine months ago at just 49 years old. “I am devastatedWas his comment