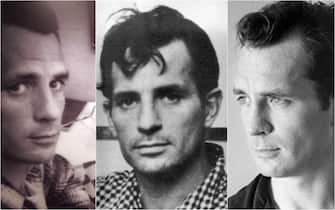 Jack Kerouac was one of the most influential writers of the twentieth century. Born on March 12, 1922, one hundred years ago, in Lowell, Massachusetts, he died in Florida on October 21, 1969, of a hemorrhage following cirrhosis of the liver due to alcoholism. He was 47 years old. One of the fathers of the Beat Generation, an icon for millions of readers, has written immortal works. Her books and her short life have also inspired cinema. that’s how

ON THE ROAD (2012) – On the Road, his most famous and obvious novel Beat, came out in 1957. It was a success even if the critics split. The journey across America by Sal Paradise and Dean Moriarty (pseudonyms of Kerouac and Neal Cassady), between drugs, sex, alcohol and spirituality, in the intention of the author was to become a film. He proposed the project to Marlon Brando but without success. We will have to wait until 2012 for the film adaptation

National Day for the Promotion of Reading, 10 films based on books to see

On the Road was made by the Brazilian director Walter Salles. The protagonists of the film are Garrett Hedlund (Moriarty) and Sam Riley (Paradise), on their aimless journey in the post-war USA, between jazz, hitchhiking and experiences of all kinds.

Farewell Lawrence Ferlinghetti, the poet and editor of the Beat Generation died at the age of 101

BIG SUR (2013) – The 1962 autobiographical novel became a film in 2013, written and directed by Michale Polish. It tells of Kerouac’s stays in his friend Lawrence Ferlinghetti’s hut in Bixby Canyon, California, dwelling mercilessly on the physical and mental deterioration he was undergoing. In the cast the protagonists are played by Jean-Marc Barr, Josh Lucas, Radha Mitchell and Anthony Edwards

OUR LIFE BEGINS AT NIGHT (1960) – Ranald MacDougall’s film is the adaptation of the novel The dungeons by Kerouac, published in 1958. The main characters Leo Percepied (Jack Kerouac’s alter ego) and Mardou Fox (Alene Lee’s alter ego), are played by George Peppard and Leslie Caron

YOUNG REBELS – KILL YOUR DARLINGS (2013) – John Krokidas’ film is inspired by the book in a fictionalized version And the hippos boiled in their tankswritten by Kerouac and William S. Burroughs in 1945. It tells the story around the murder of David Eames Kammerer, in Riverside Park in New York

HEART BEAT (1980) – The figure of Kerouac is also told in the film directed by John Byrum, based on the autobiography of Carolyn Cassady. It tells the love triangle between her, Neal Cassady and Kerouac (respectively played by Sissy Spacek, Nick Nolte and John Heard). The film, however, was a box office fiasco

KEROUAC, THE MOVIE (1985) – Documentary directed by Jack Antonelli, tells the character of Kerouac through archive images in which his longtime friends, from Ferlinghetti to Ginsberg, remember him. And narrator Peter Coyote reads autobiographical pieces from Kerouac’s books accompanied by recreated scenes with an actor who personifies moments from the writer’s life.

PULL MY DAISY (1959) – The poem by Kerouac, Ginsberg and Neal Cassady, in which each wrote a line in sequence, gave the title to the short (30 minutes in duration) directed by Robert Frank and Alfred Leslie, narrated by Kerouac himself and interpreted by Beat artists

WHAT HAPPENED TO KEROUAC? (1986) – Another documentary, directed by Richard Lerner and Lewis MacAdams, which explores the life of the icon of the Beat Generation, covering the period from the publication of his masterpiece On the Road in 1957 to his alcohol-related death 12 years later

HOWL (2010) – The figure of Kerouac also appears in the film Scream, by Rob Epstein and Jeffrey Friedman, dedicated to Allen Ginsberg (played by James Franco) and structured around the 1957 obscenity trial, opened after the publication of his manifesto book. Actor Todd Rotondi gives his face to Kerouac, a close friend and witness of the staged trial against Ginsberg