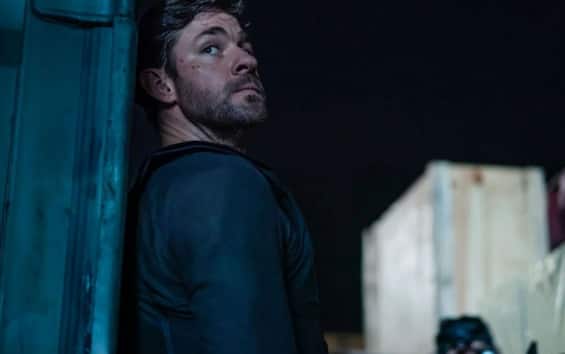 Jack Ryan is a TV series broadcast on Amazon Prime Video (also visible on Sky Q and via the app on Now Smart Stick) now in its third season. The protagonist is a CIA analyst which, after discovering some suspicious transactions, intervenes in the first person to try to block a new global threat.

When the third season of Jack Ryan comes out

Wednesday 21 December is the date to be circled in red for fans of the TV series, since Amazon Prime Video will distribute the third season. As for the first two, the latter will also consist of 8 episodes and sees the return of John Krasinski in the role of the protagonist. The plot sees a Jack Ryan on the run after being embroiled in a larger conspiracy, with the CIA and another faction tracking him down. In addition to John Krasinski, in the third season we will also meet again Wendell Pierce and Michael Kelly, respectively as James Greer and Mike November. As a new entry, however, we find Nina Hoss and Betty Gabriel in roles still unknown. The tv series Jack Ryan is a production of Amazon Studios, Skydance Television and Television Studios. Producers include John Krasinski himself, as well as Brad Fuller, Andrew Form, Vaun Wilmott, Michael Bay and Allyson Seeger. Instead, as far as executive producers are concerned, there are Tom Clancy, creator of Jack Ryan, Dana Goldberg, Mace Neufeld, Carlton Cuse, David Ellison and Bill Bost.

The Jack Ryan TV series created in 2018 is just the latest of many works dedicated to the character created by Tom Clancy. In fact, Jack Ryan has appeared at the cinema in five films that we are going to remember:

In the first film, the part of Jack Ryan was entrusted to Alec Baldwinwhile in the next two films it was Harrison Ford. At the beginning of the 2000s, however, here is the turn of Ben Affleck before the advent of Chris Pine in the 2014 reboot. In the tv series airing on Amazon Prime Video, as previously stated, Jack Ryan is played by John Krasinski.