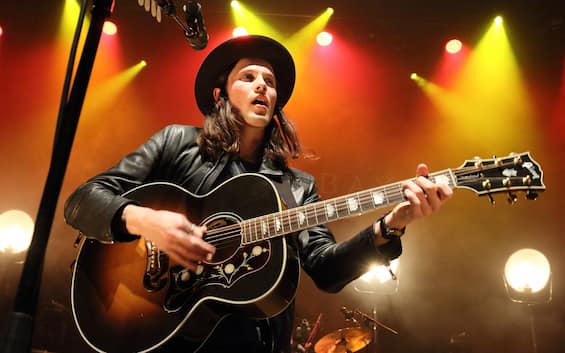 Starting a career with a song at the top of the charts all over the world is always a double-edged sword: on the one hand the possibility of making yourself known to a vast audience in a very short time, on the other hand the risk of not being able to match it. success remaining relegated to the role of one hit wonder with the consequent risk of a downward trend.

Eight years after the debut, time has proved right James Bay than after the explosion with the single Let It Go has conquered a place on the international music scene. Saturday 5th November the British artist performed at the Fabrique in Milan for the only Italian date of the tour.

Texts full of sentiment, stories of born loves and tales of troubled relationships, James Bay, class 1990, he gave his all on stage just like in his songs. The singer did not spare himself in a long evening in which his only love was the public.

The opening of the concert was entrusted to Best Fake Smile which followed Give Me The Reasonthe second song from the last album Leap. James Bay then greeted those present showing great enthusiasm for the return to the stage after two years of hiatus: “It’s been a while, but I’m back, we’re back!”.

Later, the British artist proposed some of his own signature songsamong which If You Ever Want To Be In Love, Us And Let It Go revealing: “I don’t have a favorite song of mine, I like them all”.

The singer then introduced One Lifea song of hope for those who find themselves fighting a battle: “When it was all dark and I felt down, these words came to mind”.

The return to the stage for the encore was entrusted to the songs Scars And Hold Back The River which brought the audience together for one last time amid shouts of happiness and thunderous applause.