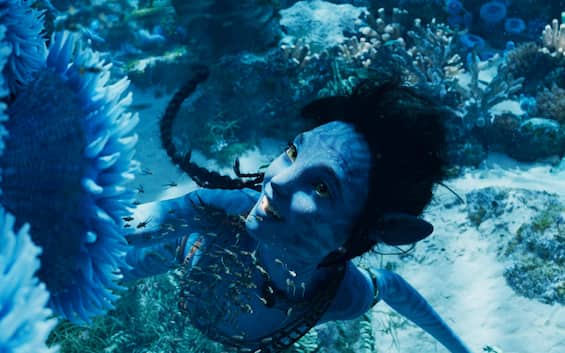 James Camerondirector of Avatarhas carefully planned the various sequels of its blockbuster. On December 16 we will see the second chapter at the cinema, Avatar: The way of water, but there would be three more films scheduled between now and 2028. However, Cameron said in the last few hours that the future of the franchise will depend on whether or not it is successful Avatar 2. If it does not go according to expectations, the saga will end with the third chapter.

What does James Cameron think of the future of Avatar

“The market might tell us that our adventure in Pandora is over in three months, or semi-over, which would mean: ‘Okay, let’s complete the story with the third film and we don’t go on forever.’ if it is not profitable“Cameron told Total Film.” We are in a different world now than when I was writing this story, “he added.” The pandemic and streaming have changed something. This film is definitely reminiscent of the time when people went to the cinema. The question is: how many people are interested in going there now? ” he added.

The first Avatar was played by Sam Worthington as Jake Sully, a wheelchair-bound marine veteran who joins the Resources Development Administration on Pandora, a moon populated by natives Na’vi. There he participates in the company’s Avatar program, which places subjects’ consciousness into hybrid human / Na’vi bodies to safely traverse the ground. Zoe Saldaña she played Neytiri, a Na’vi that Jake falls in love with during a colonial and environmental war with the RDA. Avatar broke records when it was released in 2009, becoming the highest-grossing film of all time. The record has been challenged in recent years from Avengers: Endgamealthough recent reissues of Avatar helped to secure its record.

Avatar: The way of water

Avatar: The way of water will resume years later with Jake (in his Na’vi body) and Neytiri living on Pandora with their family. Events will put them on the path of the Metkayina, an aquatic tribe of Na’vi who live in the shallows of the Pandoran ocean. Kate Winslet and Cliff Curtis play Ronal and Tonowari, leader of Metkayina. Cameron confirmed to EW that the third film has already been shotso it is likely to be able to meet the release date of December 20, 2024. Part of the fourth would also have already been filmed, explained the director.. Avatar 4 And Avatar 5 are scheduled for December 18, 2026 and December 22, 2028 respectively, but their implementation does not seem to be so certain.