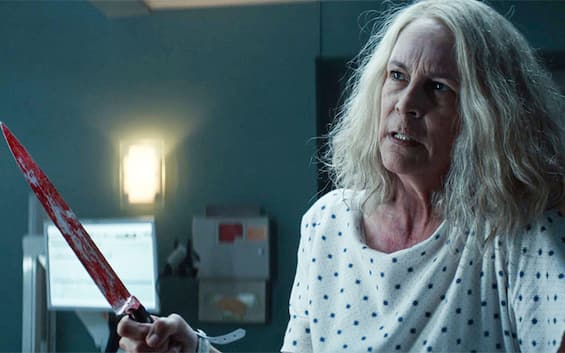 In horror, we tend to remember the bad guys more than the good guys. On the other hand, in most cases, the latter are proposed to us as flat and two-dimensional personalities, absolutely less fascinating than the antagonists who endanger their existence. Then, fortunately, there are exceptions that can get out of any trite cliché. An example in this sense is certainly the character of Laurie Strode who, for almost half a century, has been fighting against the terrible Michael Myers in an equal duel with no holds barred. Now that’s with the movie Halloween Ends, the horror saga now seems to come to a worthy conclusion, too Jamie Lee Curtis she feels ready to leave the role that launched her. A bittersweet farewell for the actress, who nevertheless remains full of gratitude to her “his of hers” Laurie of hers.

That little office on Cahuega Boulevard

Before Halloween – The night of the witches, Jamie Lee Curtis was seen by the world of cinema only as a daughter of art. She did not have significant experience in her curriculum to propose herself as an actress. Yet someone had the courage to bet on her, giving her the lead role in a low-cost horror that would later make cinema history: “Every single detail of my life came out of that small office on Cahuega Boulevard in Hollywood. , which was the size of two chairs when John Carpenter and Debra Hill chose me, ”the performer Laurie Strode told New York Comic Con in front of five thousand fans. On the occasion, Jamie Lee Curtis paid tribute to that character who revealed her talent in the cinema, going so far as to say: “I would have had nothing in my life without Laurie Strode. Nothing. I wouldn’t have had a career, I wouldn’t have had a family ”. A tribute perhaps a little exaggerated but certainly sincere.

The prototype of the final girl

Halloween Ends will arrive in our cinemas on October 13 and, as the title suggests, should represent the end of the prolific horror series about the terrible Michael Myers. Although Laurie Strode does not appear in all films (and is even played by another actress in some), it is impossible not to associate the saga with Jamie Lee Curtis and her character. The people responsible for the latest films in the franchise must also have thought that, after years of more or less apocryphal remakes, they decided to pick up the thread with a new trilogy linked to the first film dated 1978. In these latest works, which should put a definitive point to history, we saw a wiser Laurie, with a family but also with the same fighting spirit that made her an instant icon of the genre. Today we are used to considering the character played by Curtis as the prototype of the so-called final girl, almost taking its intrinsic innovative charge for granted. It is worth remembering, however, that when she appeared on the screens, Laurie Strode represented a real novelty, seeming light years away from any previous stereotype related to female characters in horror. She was not frivolous, she was not only interested in sex and had great empathy towards others. She especially she did not just play the role of the screaming intended victim of the killer, trying with ingenuity and courage to counter him. A role like that could only go to an interpreter of the level of Jamie Lee Curtis, who immediately found herself revolutionizing the history of cinema a bit like her mother Janet Leigh had done with Psycho.

While the countdown to the expected final clash between Laurie Strode and Michael Myers has now begun, let’s take some time to thank whoever wrote this great character: without Laurie we would not have had a big star and above all a little big step forward for the women’s empowerment in Hollywood.