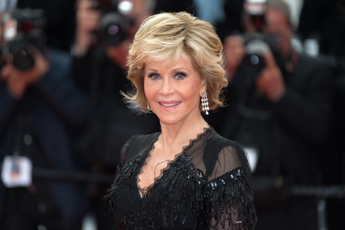 The actress will turn 85 next week: “Thanks to those who prayed for me”

Actress Jane Fonda said she feels “blessed and lucky” that her cancer is in remission and she can stop her chemotherapy. The BBC website reports it. The actress, who turns 85 next Wednesday, called the news “best birthday present ever“. “I thank all of you who prayed and sent good thoughts my way. I’m sure she played a part in the good news,” she wrote in a blog post. The star was being treated for non-Hodgkin’s lymphoma.

In September, the actress announced to her 1.9 million Instagram followers that it was “a very treatable cancer, so I feel very lucky,” adding that she would have to undergo six months of chemotherapy. Speaking about the remission, and being told by her oncologist that her chemotherapy “may be over,” Fonda added, “I’m especially happy because while my first four chemo treatments were pretty easy for me, only a few tired days, the last chemo was tough and lasted two weeks, making it largely difficult to do anything.”

Non-Hodgkin lymphoma is a less common cancer that develops in the lymphatic system, the vast network of vessels and glands in the body.