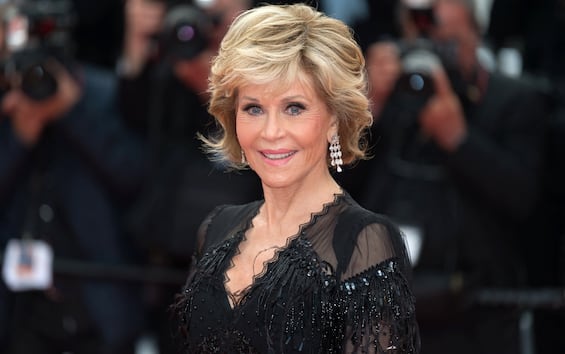 For her 85th birthday, which she turns today, December 21, 2022, Jane Fonda has already received the best gift she could hope for: the cancer she was diagnosed with in September, non-Hodgkin’s lymphoma, is in remission. It was the same movie star who revealed it on her blog and her social network in recent days. The announcement of the disease had come three months ago, with Fonda explaining to fans that she would undergo chemotherapy. Now, the good news: “I can stop the chemo. I feel so lucky, so lucky.” Illness and chemotherapy never stopped her. The star is in fact an activist on the front line, especially for the battle against climate change (HOW HAS THE ACTRESS CHANGED OVER THE YEARS).

Success in the cinema

Before being an activist, however, Jane Fonda is a movie star. Her debut came in 1960 with Tiptoed. Just in the 60s she met Roger Vadim who became her first husband and who directed her in some films. What definitively consecrated her to her success was Barbarellaof 1968. He then obtained in 1969 the first of his seven Oscar nominations for Isn’t that how they kill horses too?by Sidney Pollack, and in 1971 won the Oscar with A call for Inspector Klute, for the role of prostitute Bree Daniel. A second statuette also arrived, in 1978, for Going back homeby Hal Ashby. After her marriage to Vadim, in 1973 she married politician Tom Hayden.

During the 80s, the turning point came: Jane Fonda began to devote herself more and more to making videos of aerobic exercises, becoming a real guru in the sector. Her images of her performing various exercises in her living room went around the world and aerobics became an undisputed fashion of those years, in the US and beyond. And Jane Fonda has recently returned to the world of aerobics for an H & M Move campaign where she convinces AC Milan footballer Zlatan Ibrahimović to do various kinds of exercises. Thus, we see Ibra who follows step by step the instructions of the special teacher who incites him and at times scolds him jokingly, in a video that really makes you smile.

In the 90s Jane Fonda landed her third marriage, the one with the communications magnate Ted Turner (this union also ended, in 2000). And, on a cinematographic level, a few years passed before we saw her again at the top: in 2005 she was the star of That mother-in-law monster in which his daughter-in-law was Jennifer Lopez. In 2017 the “Golden Lion for Lifetime Achievement” then arrived. While in 2018 she was one of the protagonists of the film The book club.

Activism, between arrests and demonstrations

Alongside cinema and aerobics, the actress has always joined the battles for a better world. You protested the war in Vietnam. You supported Huey Newton and the Black Panthers. She is engaged in feminist propaganda, in the spread of civil rights and against violence against women and female genital mutilation. In 2019 she was arrested 5 times in 3 months and she spent her 82nd birthday in jail after being arrested in Washington during yet another protest against climate change in front of the Capitol.

The fight against disease

In addition to the cancer that was diagnosed last September, Fonda had already had to fight against this type of disease. In 2018 she had surgery to remove skin cancer. She herself told about the surgery in an interview with Build Series: “I just want to explain why I have a bandage on my lower lip. I just had skin cancer removed. They did a biopsy, everything will be fine”. Furthermore, the actress had already faced and won breast cancer, in 2010, discovered during a routine check-up and for which she had to undergo several operations.