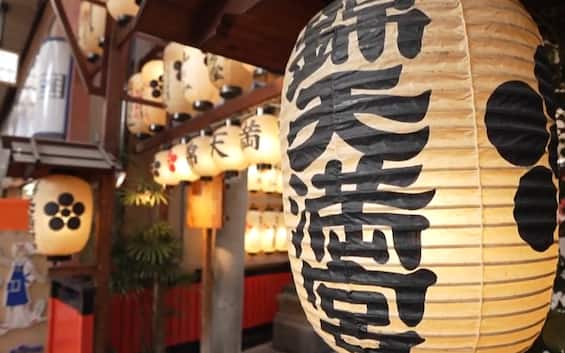 Japan still ranks among the most polluting countries in the world. In fifth position, to be exact, after China, USA, India and Russia. But he is also the only one on this “black list” to have officially announced one Road map to achieve the so-called carbon “neutrality”. The new national energy plan presented to the press by Prime Minister Fumio Kishida last July – but not yet formally approved by Parliament – provides for the reduction of 46% of CO2 emissions by 2030 and the achievement of carbon neutrality by 2050. Ambitious goals, to achieve which the government focuses on a further, decisive increase in renewables (from the current 18% to 36-38%) and nuclear power (from the current 6% to 20-22%) and a consistent, albeit from still considered insufficient by many, reduction of energies deriving from fossil fuels (gas, coal, oil), the contribution of which should fall from the current 76% to 41%.

The Cop27 of Sharm

On the occasion of the important appointment in Sharm el Sheik, where the representatives of 194 countries will try to reach yet another difficult agreement on how to deal with the climate emergency, we made a report on the “energy transition” underway, not without perplexity. , doubts and contradictions, in Japan.

The reportage is divided into three parts. The first, which begins with the now historic signing of the Kyoto Protocol 25 years ago, addresses the delicate – and often contradictory – relationship that Japan has with nature. On the one hand, also through the indigenous religion, Shintoism, divinizes it in all its forms, on the other hand it has for centuries engaged – and continues to fight – a real war with no holds barred. We talked about this with Aileen Mioko Smith, who together with her late husband Eugene, a great photographer of Life Magazine, bravely documented the Minamata scandal, the mercury poisoning that struck thousands of inhabitants in the south over the years at the end of the 1950s. of Japan, caused by the dumping of prohibited substances into the sea by a Swiss company. And also with Alex Kerr, writer and yamatologist, author of numerous essays including “The beauty of secret Japan” (Lost Japan) has recently been translated into Italian. The report also includes a visit to the island of Amami-Oshima, where a small but resolute group of environmentalists tries to prevent one of Japan’s few pristine beaches from being buried under a pour of concrete. (JAPAN, LOST IN TRANSITION? SEE THE REPORTAGE OF SKY TG 24 – THE FIRST PART)

The second episode is dedicated to the current situation in Japan and the debate on the new energy plan. With particular attention to the development of new renewable energies – a sector in which Italy is also offering its contribution, with direct investments in the production of solar energy. And in an exclusive interview, former premier Naoto Kan explains the new frontier of agrovoltaics: new generation solar panels that do not prevent, but rather favor, the cultivation of the land on which they are installed.

Finally, in the third and final episode we talk about the future of Japan: will it be able to keep its commitments? Will the new investments in renewables (solar, wind, hydrogen, ammonia) be enough to meet energy needs? Will he be able to really relaunch nuclear energy, given the clear opposition of the overwhelming majority of citizens? At present, of the 54 reactors in operation before the Fukushima accident, only a dozen have received clearance to resume operations. But only 5 are in fact broken down. The others are blocked by the opposition of the inhabitants. And the mayors, who have the last word, do not seem to want to force the situation, putting their re-election at risk.