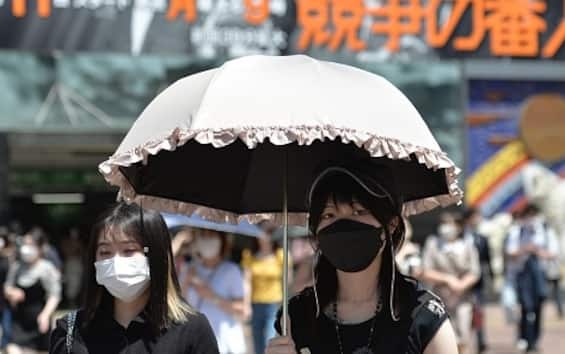 Record heat in Japan. In Tokyo, temperatures exceeded 35 degrees. In Isesaki, northwest of the capital, there was a record of 40.2 degrees. Never in Japan had there been such a sultry June in the past 100 years. In Tokyo, more than 250 people were taken to hospital over the weekend for heatstroke. The country is facing an unprecedented heat wave. At the same time, energy production has decreased because it depends on fossil fuels, the supplies of which have become more expensive due to the war in Ukraine.

The government urges citizens to reduce their energy consumption

The scorching heat grips Japan. The government is asking citizens and businesses in Tokyo and surrounding areas to reduce their electricity consumption to avoid the risk of outages. A request only for today, in the time slot 15-18, in the aftermath of the alarm launched by the Ministry of Industry with an invitation to the population to reduce and optimize energy consumption, starting with turning off unnecessary lights. An appeal that affects 37 million people. But the Ministry of Economy, Trade and Industry still insists on the “appropriate” use of air conditioning to avoid heat stroke during hot hours.