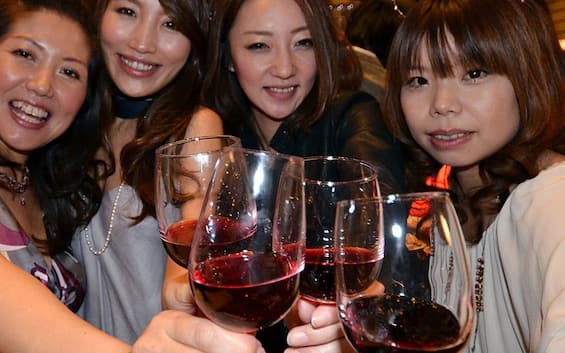 A return to greater conviviality, which also includes a more regular consumption of alcohol, after the stalemate in social activities caused by the Covid pandemic in the last two years. This is the goal of the promotion campaign promoted by the Revenue Agency (NTA) in Japan, heavily penalized by the sudden and progressive decline in the consumption of alcoholic beverages, and the consequent decline in tax revenues. A collection – that of the government on alcohol producers, which was around 5% of the total in 1980 and now stands at 1.7%, according to a survey by the Japan Times. Too little for a country that has a chronic budget deficit and a public debt equivalent to more than double the gross domestic product. The “Sake Viva” campaign will run until the beginning of September and is aimed at young people between 20 and 39, in an attempt to devise ‘suitable ways’ to revitalize the industry hard hit by the health emergency, despite the absence of a lockdown in Japan, the demographic changes taking place – with almost 30% of the population over 65 years of age, and the changing habits of young people, more reluctant to traditional group evenings. According to NTA statistics, Japan’s alcohol consumption dropped from 100 liters per capita in 1995 to 75 liters in fiscal 2020, causing the largest decline in tax revenues in over 30 years.