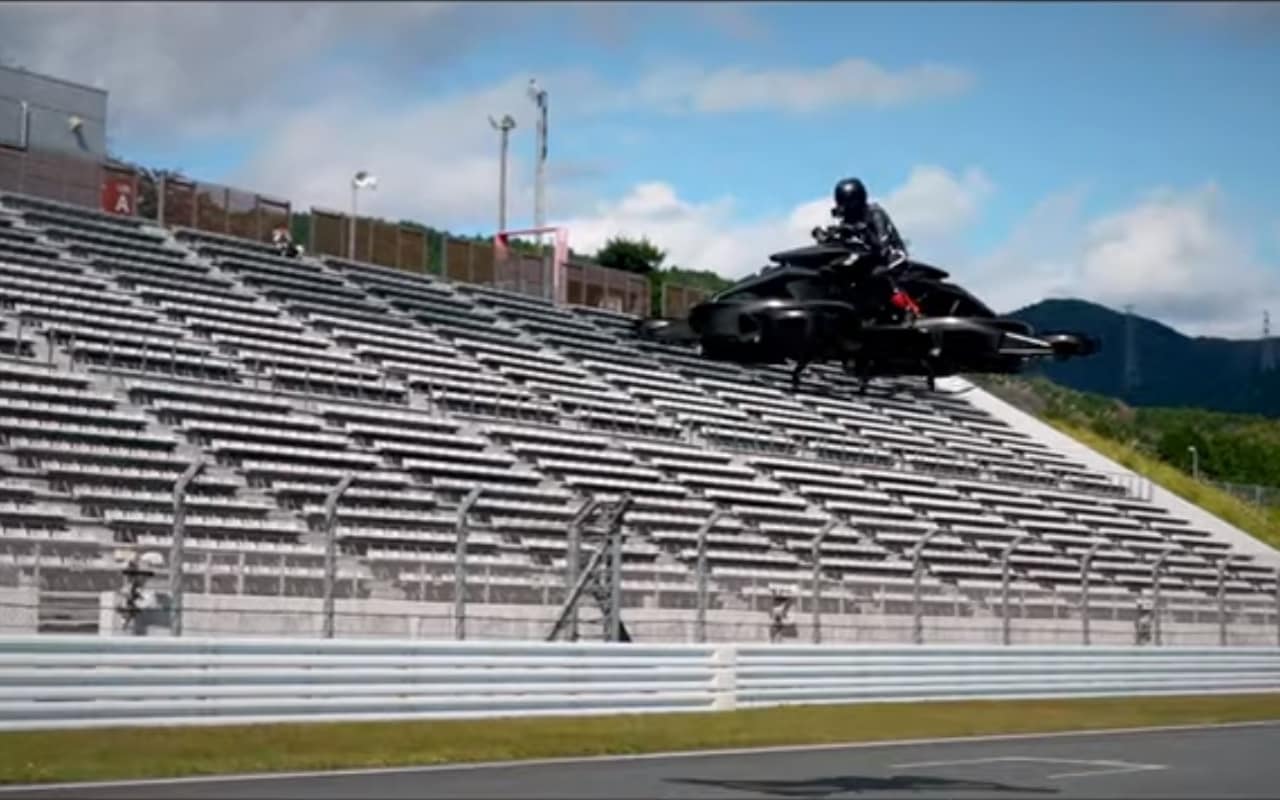 It may not take you back in time even if you hit 88 mph, but it can still represent a breakthrough in transportation technology. Unlike the DeLorean used by Dr. Emmett ‘Doc’ Brown in Back to the Future, the Xturismo is a hoverbike. In other words, it is a flying bike and as of today it is the first to be on the market. Designed by the Japanese start-up Ali Technologies, it weighs around 300 kg and can carry a 100 kg person at a speed of 100 km / h.

The Japanese company, founded in 2016, specializes in the production of drones. Perhaps that is precisely why, when viewed from above, the Xturismo looks just like one of them. “Until now the choice was between moving on the ground or in the sky. We hope to offer a new way in this way,” said Ali Technologies CEO Daisuke Katano. Powered by an internal combustion engine, it can fly thanks to the thrust provided by two thrusters. The flight, lasting up to 40 minutes, is managed by the same altitude technology that the company uses for its drones. Backed by Kyocera and Mitsui Sumitomo Insurance Venture Capital, Ali Technologies has begun accepting the first purchase orders for its product: with 77.7 million yen (i.e. 587 thousand euros), you can whiz around the racetrack at the foot of the Mount Fuji aboard your flying bike as the pilot of the official launch trailer. However, we will have to wait until the first half of 2022, when the Tokyo start-up will deliver the first two hundred models.