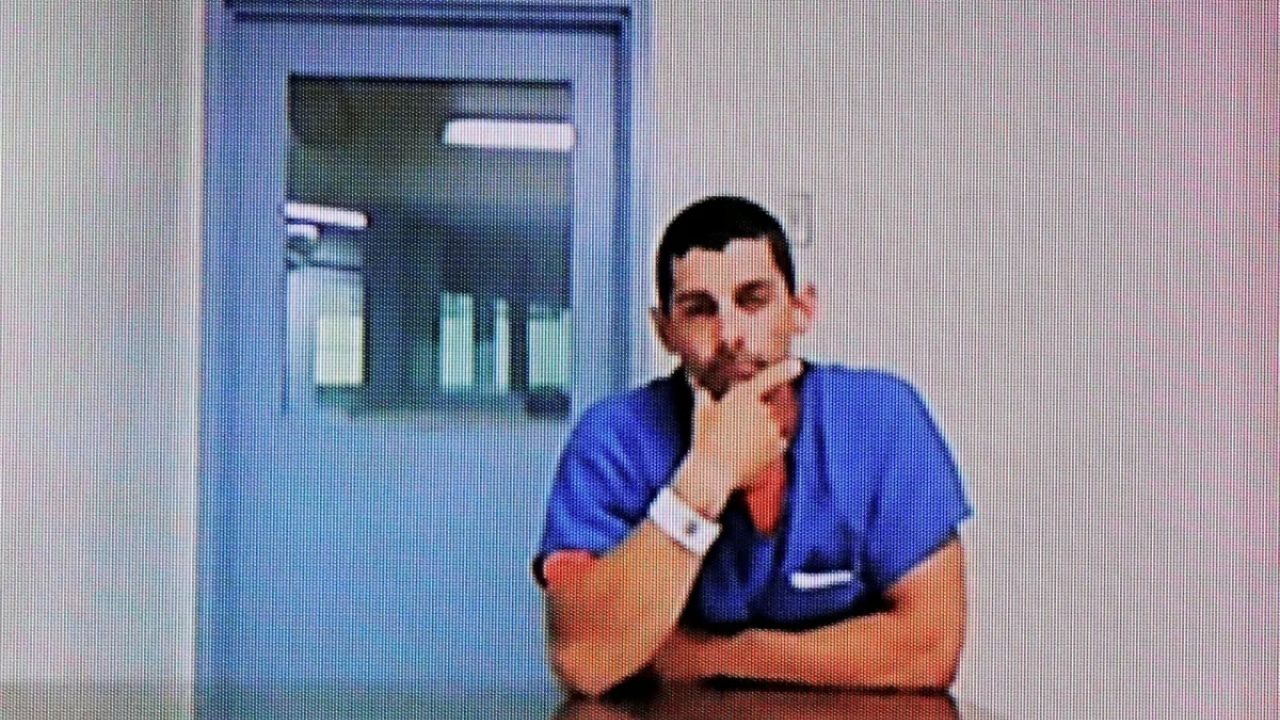 Alexander’s public defender argued that the felony stalking against his client should be reduced to a misdemeanor because there was insufficient evidence that Alexander was there to harm Britney.

The judge, however, disagreed, deciding to detain the Louisiana native on one felony count of stalking with a record and special enhancement that he was on probation or parole, and three misdemeanor counts of trespassing, vandalism and assault.

Alexander was initially charged with stalking, but the complaint was changed Friday to felony stalking with a prior domestic violence conviction. Meister told The Post on Monday that the previous conviction involved an unrelated charge from 2015 in San Francisco, where Alexander was convicted of bodily harm to a partner.

Alexander also faces a special enhancement charge because he allegedly committed a crime while already on probation for an unrelated case outside of Tennessee.

Alexander, who appeared in court Monday, pleaded not guilty to all charges and denied the special enhancement charge.

Alexander, 40, was late for the hearing after being exposed to COVID-19 in jail. He was transported to Ventura County Superior Court wearing a face mask.

A security guard named Richard Eubler was one of four people called to the stand Monday.

Eubler testified that Alexander tried “multiple times” to open the locked door to Spears’ second-floor bedroom of their Thousand Oaks, California, home while she was inside preparing for her June 9 wedding.

“He was right on the stairs, and that’s when he backed up and started reaching out of his right hand pocket,” Eubler said.

Not knowing what Alexander had in his hand, Eubler remembered reaching for his gun.

Eubler said Alexander then walked into an arcade and closed the door behind him, leaving him and Alexander inside.

“He was just yelling for Britney,” the guard recalled. “He said, ‘Fuck it. I’m going back inside where I came from.’”

The two struggled inside the game room, according to testimony, leading to Alexander elbowing and then punching Eubler as he tried to return to the main part of the house.

Eubler claimed that the incident It wasn’t the first time Spears’ ex had tried to break into the property.

Detective Dylan Foley of the Ventura County Sheriff’s Department testified Monday that he interviewed Spears’ talent manager after the ordeal, who told him the singer was “distraught, crying, shaking, terrified” and that she and Asghari they left the property to “try to calm down.” Foley said that he did not interview Spears directly.

Another witness, Ventura County Sheriff’s Deputy Jose Torres, testified that a box cutter and other items were seized from Alexander when he was arrested.

Alexander was initially charged with breaking and entering, vandalism and assault on June 10 and then an additional count of stalking on June 13.

Alexander pleaded not guilty and faces up to five years in prison if convicted.

In the hours leading up to Spears’ wedding, Alexander broke into the “Toxic” singer’s home, bypassing security and facility staff.

He live-streamed the incident on Instagram and was shown asking about Spears’ whereabouts while on an upper level of her mansion, which she has since moved out of.

The Ventura County Sheriff’s Department responded to the search and arrested Alexander.

Spears’ attorney, Matthew Rosengart, who helped free her from her controversial conservatorship in November 2021, previously told Page Six that he was “working closely with law enforcement to ensure that Mr. Alexander be aggressively prosecuted to the fullest extent of the law”.

Shortly after, Spears, 40, was granted a restraining order against her ex and fired her security team.

The “Stronger” singer’s childhood friend has been ordered to stay at least 100 yards from her and her estate for three years.

According to a copy of the warrant obtained by Page Six on June 10, Alexander had “continually trespassed” on Spears’ property and was allegedly armed with a knife when he entered the home on their wedding day.

A source told Page Six earlier this month that Spears was “shocked” by the affair but didn’t want to let it get her down before saying “I do.”

Spears and Alexander married in a whirlwind wedding in Las Vegas in 2004. Their marriage lasted only 55 hours before it was cancelled.

Alexander has had several run-ins with the law in recent years.

In December 2021, he was arrested for violating a protection order and harassing an unidentified woman. He pleaded guilty to the charges on Jan. 4 and was ordered to serve nearly a year of probation.

Alexander was previously arrested in January 2021 for driving under the influence and then again that August for breaking security protocols at an airport.

Asghari, 28, is Spears’ third husband. She was also married to Kevin Federline, with whom she shares children Sean Preston, 16, and Jayden James, 15.