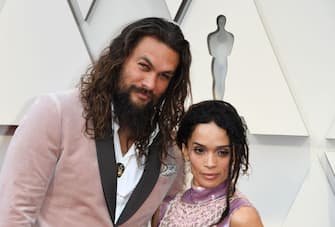 Jason Momoa and Lisa Bonet met in a jazz club back in 2005, as reported by CNN.

At that time Momoa was still far from being a star: the role that made him famous, that of Khal Drogo in Game of Thrones, would come much later

Jason Momoa and Lisa Bonet broke up: “The changes of these times are incisive”

Jason Momoa was in love with Lisa Bonet long before seeing her “live”, as he himself declared

Jason Momoa, the actor from Aquaman on the Netflix movie Sweet Girl. PHOTO

Jason Momoa, the first photos of the new western film The Last Manhunt

We remember in fact that Lisa Bonet was the interpreter of Denise Huxtable in the series of the 80s The Cosby Show, in Italy translated with the title de The Robinsons (which is why she is known to us as Denise Robinson, however the surname of the family portrayed on the American small screen was Huxtable, in fact)

Sweet Girl, Jason Momoa Tells How He Overcome His Fear of Heights VIDEO

So when Momoa managed to meet her, it seems that she wasted no time and immediately courted her, as Bonet herself told

Jason Momoa, also in the cast of the film Dune

“At that moment, love arrived and it became great. [Lui] he didn’t rush the steps, as I think many men do, “Bonet told the magazine Porter in 2018. But his was sarcasm, as he immediately added: “He basically picked me up and threw me on his shoulders, caveman style!”

In 2007 their first daughter they had together was born, namely Lola. The following year, the couple’s second son was born: Son Nakoa-Wolf

Zoë Kravitz is very fond of Jason Momoa, who made her her second father

Even Lenny Kravitz seems to be very tied to him: over the years the two would have become very close, even considering themselves “brothers”, as reported by CNN

Momoa and Bonet got married in 2017

On January 12, 2022, the two actors released a joint statement which was posted on their Instagram accounts

They announced that they had reached the end of the marriage. “We have all felt the compression and the changes of these times of transformation”, with these words they explained to the fans the decision to separate

In their statement the couple wrote that they shared the update on their relationship “not because we think it is noteworthy but so that, as we move forward in our lives, we can do it with dignity and honesty”

“The love between us continues, evolving in the ways it wishes to be known and lived. We free each other to be what we are learning to become …”, reads the statement