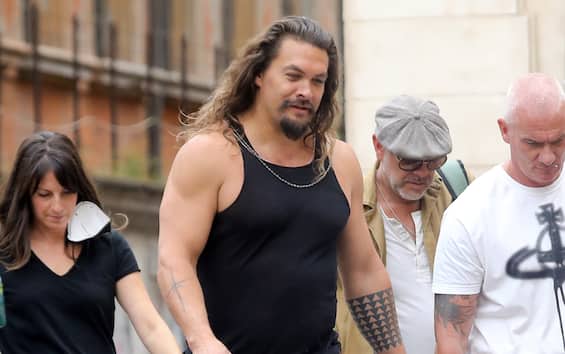 
On social media, posts or photos often appear in which the stars are compared years later. Looking at the image of an actor or a singer at his beginnings sometimes seems almost alienating: celebrities often appear very different from how we know them and every now and then, let’s face it, they seem even less fascinating than they are today. In this type of post it is not uncommon for someone to decide to compare Jason Momoa from the early days in Baywatch and that of today, the protagonist of a successful franchise such as Aquaman. Also in this case the differences are obviously evident: the young Jason does not even have a strand of beard, he is without tattoos and wears his hair short in a cut that is almost surprising for its ordinariness. But in all this time there is something that Jason Momoa has always kept: his sculptural physique. When we think of the Hawaiian-born actor it is almost impossible not to associate him at least in part with his muscles and his enviable tortoise. Yet today, perhaps for the first time, Jason got tired of taking care of his body so much and decided that even a little bacon is fine after all.

What might seem like a shocking decision to millions of the actor’s fans is not actually an overnight choice. It all began when Momoa was forced to undergo surgery for a hernia, giving a sound blow to the iron training program that he had been following relentlessly for years.

Once he recovered, the actor only resumed acting at full capacity, neglecting his abs for the first time. After the engagement on the set of Aquaman 2the star then launched into the project Fast & Furious 10 equipped with an unprecedented bacon. The news would have shocked dozens of Hollywood celebrities but surprisingly not Jason Momoa who seems to have almost begun to appreciate his new slightly upside-down turtle. In a recent interview with James Corden, the actor said he will hold his belly “for a little while longer”, explaining how pushups in particular will be eliminated from his routine. Great news for all of us normal men that we could finally justify our laziness with a simple question: “If even Aquaman who is a superhero keeps his bacon why should I take it off, right now that it is fashionable?”.