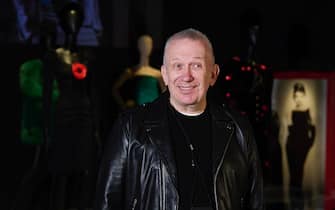 Jean Paul Gaultier, the enfant terrible of fashion turns 70. In his incredible career as a designer – he said ‘goodbye’ to fashion shows in 2020, after 50 years – he has made iconic pieces such as the trench coat and striped shirts. Here are his most famous creations

WATCH THE VIDEO: Oscar 2022, the most beautiful looks on the red carpet

There Breton striped t-shirt is certainly one of the best known creations of Jean Paul Gaultier. Designed for the first men’s prêt-à-porter collection – spring-summer 1984 – it takes inspiration from how the designer dressed as a child and from the world of sailors. In the photo: the fashion designer and model Farida Khelfa, Paris, 1984

Jean Paul Gaultier, the most iconic dresses and catwalks of the French designer. PHOTO

The stylist was also one of the first in the industry to introduce a kind of unisex fashion, with interchangeable garments between men and women. Her skirts for men are famous. In the photo: a creation from 1984

From Irina Shayk to Gigi Hadid, the VIPs of the final show. PHOTO

Also the corset it is an iconic element of the designer’s creations. In the photo: two models exhibited at the exhibition ‘The Fashion World of Jean Paul Gaultier: From the Sidewalk to the Catwalk’

The boss was revisited countless times from Gaultier, from the 80s throughout his career. In the photo: some examples of corsets created by the designer

Among the numerous models designed over the years, the one with the cone cups worn by Madonna for the 1990 Blond Ambition world tour

Another undisputed star of Jean Paul Gaultier’s fashion shows is the trench coat. As happened with the corset, this garment has also been revisited for years, according to the season and trends

The designer is also famous for her dresses as a woman, often eccentric. And there are several famous faces who have worn his creations on the catwalk – and beyond. As in the case of the dress worn by Eva Herzigova (in the picture), in 1992, which has become a real icon

Another star who wore Gaultier’s signature was Rihanna who, for the 2011 Grammys, wore a semi-transparent dress that became famous

Among the iconic moments in Jean Paul Gaultier’s career also the one in which it was staged, in 1993, the Chic Rabbis collection (in the picture), inspired by the clothing of Hasidic Jews

The designer’s creations have always stood out also for the prints used. Among all, here is one of the most eccentric, used to make a super tight onesie in 1995. The inspiration in this case comes from the art world and in particular from the paintings of Victor Vasarely

The tight suits have been revived with eccentric patterns over and over again by the designer. In the photo: a 2003 fashion show

Still on the subject of curvy dresses, here it is again the protagonist linesin a 2000 creation

Over the years too the concept of “lines” has evolved in its creations: from the classic ones on t-shirts, to the more ‘whimsical’ ones on bodices and dresses, both in white and blue, and in red

Is exactly lines accompanied Jean Paul Gaultier until his last show, in 2020. In the photo: Gigi Hadid on the catwalk with a creation by the designer