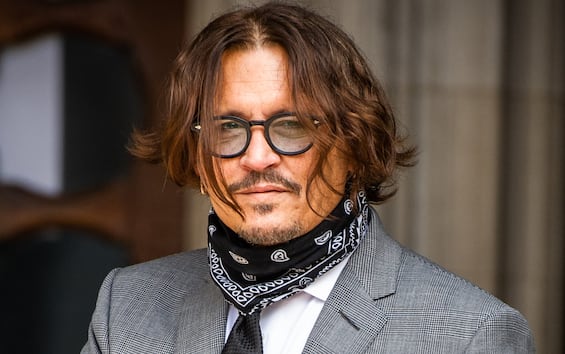 A new image has come out of Johnny Depp as Louis XV for the film Jeanne du Barry. The shot was released by Wild Bunch International (WBI), a German film distribution company that distributes the film directed by Maïwenn, the French actress, screenwriter and director. The photo is presented exclusively by the US magazine Deadline.
We see the American star in the stage costume he wears to play the famous French ruler in French director Maïwenn Le Besco’s ambitious costume drama. The latter is also part of the cast of the film, playing the role of the courtesan made in the title.
Maïwenn exclusively revealed to Deadline also some agreements signed with various countries to distribute his highly anticipated film to the cinema.

Many countries have already bought the rights to the film

Post-production on the film is currently underway, after eleven weeks of shooting in various locations (including the Palace of Versailles and other French castles, as well as in the studio).

The production of the film

Why Not Productions (Rust And Bone And To Prophet) leads the production together with IN2 and France Télévisions, who are also producers of the film.

After releasing the first image of Depp as the French ruler at the start of filming last August, the production now wanted to release a new image of the costumed actor. You can see the photo at the bottom of this article.

The drama film is loosely based on the life of Jeanne du Barry, the last mistress of Louis XV at the court of Versailles, after Madame de Pompadour.

The illegitimate daughter of a seamstress, Jeanne du Barry used her intelligence and beauty to rise through the ranks of 18th-century Parisian high society and the court of Louis XV at Versailles.

She quickly became the favorite companion of Louis XV, who was oblivious to her status as a courtesan. The sovereign regained a passion for life thanks to her relationship with Jeanne du Barry. The two fell madly in love and, against all decorum and etiquette, Jeanne moved to Versailles. The arrival of a commoner woman at court clearly shocked everyone at the time.

Also Mon roi – My king (My King) was a very important film in the director’s career, a film for which, among other things, Emmanuelle Bercot won the award for best actress at Cannes in 2015. And the semi-autobiographical work DNA was acclaimed by audiences and critics at Cannes 2020.
Jeanne du Barry sees Maïwenn not “only” in the director’s chair and on the set as an actress herself (also the protagonist), but also as a screenwriter together with Teddy Lussi-Modeste.

The cast, crew and production team

Dominating the cast of Jeanne du Barry it is clearly the two of them: Jeanne and King Louis XV, alias Maïwenn and Johnny Depp.
In addition to them, Benjamin Lavernhe, Pierre Richard, Melvil Poupaud, Noémie Lvovsky, Pascal Greggory and India Hair star on the set.

Below you can see the photo released by Wild Bunch International (WBI), presented by Deadline.