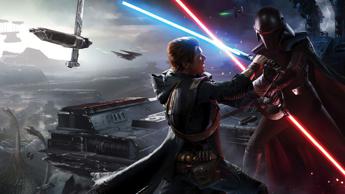 Sony Interactive Entertainment announced which games will be included with the PlayStation Plus Essential subscription in January. From January 3 to February 6, Star Wars Jedi: Fallen Order will be available for free download on PS4 and PS5. This is the first adventure of the Jedi Cal Kestis in the action adventure published by Electronic Arts and which will have a sequel on consoles and PC next year. The game was praised by both audiences and critics for bringing a Star Wars-branded series back to the video game world that contributes to the franchise universe by directly linking to it. Furthermore, the first Fallen Order also has gameplay that includes elements taken heavily from the Souls genre, to which this year’s most successful title, Eleden Ring, also belongs.

In this month’s PlayStation Plus Essential package we also find Axiom Verge, still in double PS4 and PS5 versions, and Fallout 76, this time only for PS4 but obviously also playable on PS5 via backwards compatibility. The first is a two-dimensional platform game, while the second is the last chapter of the Fallout saga, set twenty-five years after the nuclear disaster that forms the backdrop to the series.