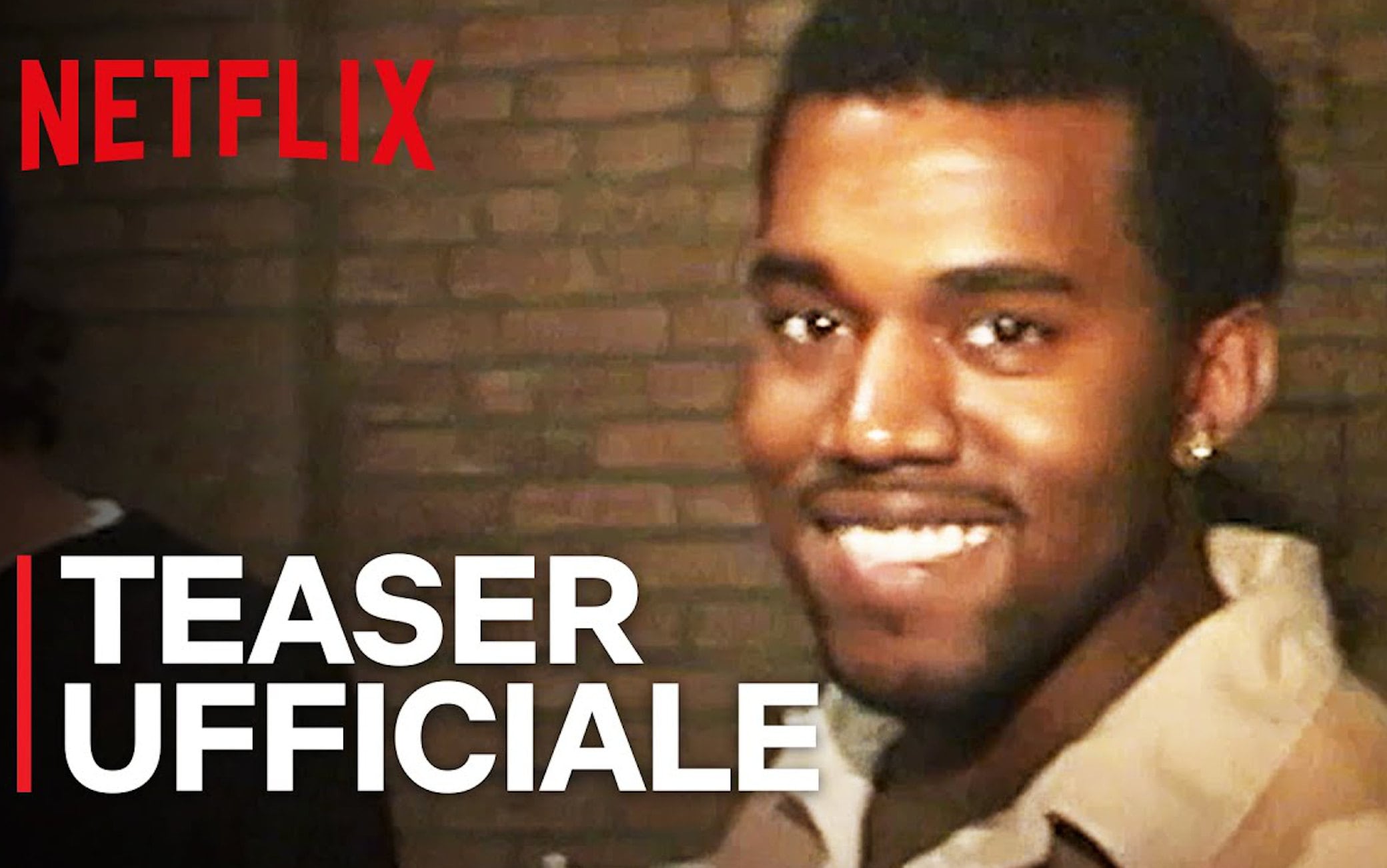 Jeen-yuhs: A Kanye Trilogy finally it is no longer a chimera but it really exists, as the official teaser that has just been published on the net confirms.
The documentary on Kanye West that has been talked about for years – if not decades – a few months ago was bought by Netflix and will soon see the light. Indeed: darkness (in the hall, for those who will see it at the cinema in the United States; in the living room, for those who will watch it at home on the streaming platform).

The first part will premiere at the end of January, presented at the Sundance Film Festival, and will arrive in US theaters on February 10, and then land worldwide starting February 16 on Netflix (also visible on Sky Q and via the app on Now Smart Stick)

“For any music fan or student, the Kanye West documentary is something to behold and is only right to hit theaters. Kanye West’s journey as a composer, performer and producer has had an unprecedented cultural impact over the past two decades, ”said Steve Bunnell of Iconic Events Releasing.

Jeen-yuhs: A Kanye Trilogy it will present itself as an interesting miscellany of the most important moments in the rapper’s career. There will be dramatic situations experienced by the artist, such as the death of his mother, Donda West (whose name is precisely that of the musician’s last album, chosen in his honor).
Of course, there will also be talk of his run for the presidency of the United States of America in 2020.
Childhood in Atlanta will be told, the early stages of the rapper’s career will be analyzed, those of Chicago, to examine the training necessary to achieve the tremendous success that West has obtained as a musician, as a broad-spectrum artist and even as a brand. . There will also be open windows on the many problems that Kanye West has had to face up to now, in the course of his life …

You can watch the official teaser of Jeen-yuhs: A Kanye Trilogy in the video you find above, at the head of this article.

After years and years of filming, what was now considered a real Hollywood chimera is finally reality. We had a little taste of it already last September, when the very first clip of the serial biopic was unveiled.

The title Jeen-yuhs is a pun with the new name that West got legally changed and genius.

Until Netflix took over the project, it was believed to be a legendary dragon, a Nessie, a monster of Loch Ness that has always been talked about but that basically we know that it does not exist. But we kept talking about it, as if it had become an integral part of local folklore, in the sense of Hollywood folklore.

So seeing it finally takes on even more value. What we will see is the result of years and years of filming and will be totally centered on Kanye West, but it is assumed that at least a little space will be granted to his famous ex-wife. Although the “first woman” is undoubtedly him: Kanye. Ye. Yeah, well, the rapper from Atlanta.

Filmed over the course of twenty years, this docu-series (mini, given that we are talking about three parts) will offer an intimate and profound portrait of West’s experience, following the parable of success starting from the formative period characterized by the desire to break through to get to today, to that current reality of a two-faced sacred monster: artist on the one hand, global brand on the other.

Jeen-yuhs – A Kanye West Trilogy it is co-directed by Coodie Simmons and Chike Ozah, two film names inextricably linked to the seven notes.

These are in fact the directors who have directed many music documentaries, as well as many video clips of various artists (including Kanye West himself). They have already collaborated on several occasions with the rapper, co-directing both the video clip of his song Through the Wire 2003 is one of three music videos made for his 2004 hit, Jesus Walks.

Although it is a miniseries, it will tell the story of two decades of the life and work of the Atlanta artist. It will mix intimate moments, unexpected focuses, confessions and anecdotes that few people know, with the mission to return a faithful and total portrait of one of the most important celebrities of today’s showbiz (yesterday and, probably, tomorrow too).

This docuserie could also have been called Everything you ever wanted to know about Kanye * (* but you never dared to ask). To quote a famous Woody Allen film.

It is enriched with both public and private archive images. For more than twenty years, the rapper has been followed step by step by cameramen who document almost everything about his life and work, so the archive material on this artist now reaches the size of that on Truman Burbank in The Truman Show, to say.

The videos that make up this project have never been seen before, which is why the material is really precious. So valuable that it led Netflix to shell out a whopping $ 30 million to acquire the rights, as reported by Billboard.