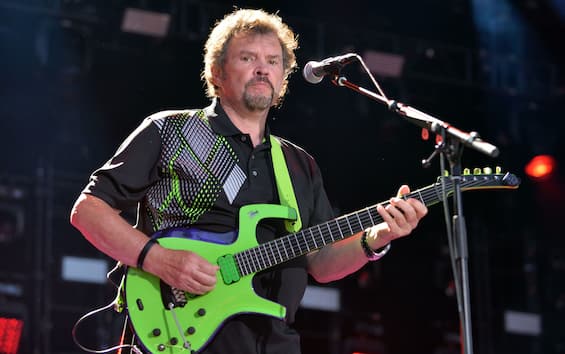 Jeff Cook is dead with family and close friends by his side at his coastal property in Destin, Florida. “Jeffrey Alan Cook: 1949 – 2022” was written on the Alabama Twitter account with a red heart. News of the loss comes eight years after the country rock legend was diagnosed with Parkinson’s disease. He revealed the disease himself publicly in 2017. “Just remember that life is beautiful and as long as you breathe … ‘No Bad Days'”, he wrote at the time, citing his own lyrics.

Who was Jeff Cook

Jeff Cook was born in Fort Payne, Alabama, with a long radio history dating back to the age of 14 when he earned his broadcast engineer license and was hired as a DJ at a local station. The multi-instrumentalist and singer he first led the band Wildcountry with his cousins, Randy Owen and Teddy Gentry, in 1972, which later became Alabama in 1977. In the meantime he also returned to radio when he founded Cook Sound Studios, Inc. ., in his hometown, and also founded the WQRX-AM radio station in Valley Head, Alabama. After that the group has initially stopped touring in 2004, formed Cook & Glenn and the Allstar Goodtime Band, although he would occasionally perform as Alabama until his diagnosis of Parkinson’s. The last time they played together was in 2018.

Alabama band members celebrated theirs 50th anniversary this year. “Jeff Cook and all the Alabama guys were so generous with wisdom and fun when I toured with them as a young artist,” singer Kenny Chesney said in a statement to The Post. “But maybe even more, they showed a kid that country music could be rock, it could be real. Growing up in East Tennessee gave me the courage to pursue this dream, ”he added.

The memory of Jeff

“Today heaven has gained another guitarist / violin player. Mom and I were saddened to hear of @TheAlabamaBand’s Jeff Cook’s death after a long battle with Parkinson’s disease. Prayers for his family and many fans, “tweeted Charlie Daniels Jr. and Hazel Daniels from the late Charlie Daniels account.” So sad about Jeff Cook’s death, “tweeted Jason Aldean.” I’ve been through most of my life listening to him play guitar, what an iconic sound he had. I’ve had the chance to perform with him multiple times over the years and I’ll never forget it, “he added.