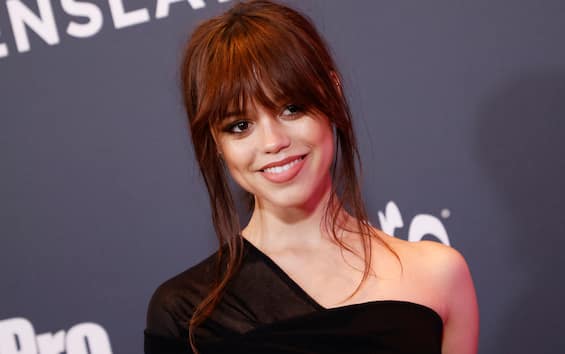 Jenna Ortega has been on everyone’s lips since she brought back to life (despite her deathly pallor) the character of Wednesday Addams from the television series of the same name directed by Tim Burton.
Today we talk about her, however, not as the protagonist of the Netflix record show (also visible on Sky Q and through the app on Now Smart Stick): this time it is the words she expressed about the horror genre that are curious and bizarre.
“It really is so therapeutic, so fun”, these are the words of the actress, pronounced on the occasion of her recent guest at The Tonight Show by Jimmy Fallon.

Defining the film genre that causes fear and terror as something “therapeutic” is not for everyone, yet Ortega has managed to convince many fans.
And not only because it was stated by the actress of a television series that is still part of the horror genre and that started the new year by proving that a new generation could take over the franchise Scream.

During the recent promotional tour of ScreamJenna Ortega put it this way in front of Jimmy Fallon: “I love horror movies. I don’t know what it’s like to have blood thrown on my face. And running around screaming bloody murder.”
She went on to say, “It really is so therapeutic, so much fun.”
Some consider horror films as a source of anxiety, since we are talking about products created precisely to generate fear in the viewer.

Others instead (like Ortega) see them differently, immediately noticing how horror is clearly fake and therefore managing to enjoy the films that can be counted in this vein as pure entertainment.
As journalist Shawn Van Horn notes in an article that appeared in the US magazine in these hours Colliders, the reason why some horror movie viewers are able to enjoy that experience not as something anxiety-producing but, on the contrary, as something liberating and cathartic is “partly because, with horror, we are in control. When the possessed Regan (Linda Blair) turns completely heads in the film The Exorcist, it’s a scary picture, but without any real threat. When Michael Myers stalks Laurie Strode (Jamie Lee Curtis) in Halloween, we are safe. The Boogeyman can’t see us. He’s not looking for us. This goes for zombies breaking down barred doors and ripping out guts, masked assassins rampaging against teenagers in the woods, or aliens attacking in the darkness of space. We know it’s not real, so he’s like a roller coaster, but without the threat of being hurt. The bad thing in the movie can’t get us.”

The release of adrenaline

To make the horror genre a success since the dawn of time (and with “dawn” we can only immediately think of all‘Dawn of the Dead) is an ingredient: adrenaline.
Every horror film follows a precise recipe to cause an adrenaline release that will push the audience’s bodies to the limit.
This would explain why so many people, while watching a horror movie, find themselves screaming at the scary parts and then immediately laughing. They are not laughing because they find the scene funny or unrealistic: the laughter phase is part of the release of adrenaline, which is a substance that chemically intensifies our senses. Laughter coincides with the realization of what happened: we got scared, we screamed, we got agitated. And we realized it and so we laugh. Not from the film and not from ourselves: it’s a nice reaction (not in the sense of funny, here).

Laughter on the set of the fifth film by Scream

In the interview with Fallon, Jenna Ortega also hinted at another kind of laugh related to the horror genre: she did it talking about Screamthe horror franchise of which the actress has been a part since the fifth chapter.
“The cast and crew, they’re my family and we can never take anything seriously. So, Ghostface could literally be in their monologue, and we have to start over because we’re all laughing so hard. It’s a mess… In the fifth [film di Scream]I was, like, an Army guy crawling into the hospital but I was just hiding my face because I was laughing into my hands.”

Laughing – both beyond the screen, on the set, and on this side of the screen, on the cinema seat – is precisely the experimentation of that therapeutic liberation Jenna Ortega talks about. And it is for this reason that you often learn from the actors of a horror film that between one take and another on the set we laughed out loud.

“On a more serious level, many turn to horror movies when they’re going through trauma in life,” explains Shawn Van Horn on Colliders.
“Yes, comedy films are a good escape from the woes of real life, but so is horror. You’d think that, say if you’ve just lost a job, if you’re going through a breakup or something of a similar level of stress, the last thing you’d want to do is look at the most stressful genre there is. How can watching something about evil and murderers and murdered people make a sad person feel better? But what do we turn to when we’re down? Sure, we could put on a mindless comedy or an action movie, but just as often we turn to horror.”

After watching a horror movie, you almost always feel better. And the reason is simple: we were tense before watching the film due to personal reasons, we watched the film and the tension increased for scenic reasons, in this way a catharsis occurred which managed to dissolve the tension, both mentally and physically.

There are also those who think that there is no better film than a horror film to feel better when you are down, and they do it for a very simple reason: if we are sad because our partner has left us, because work is going badly or because we had a fight with our friend, certainly seeing that on the screen the character in the film is faring much worse than us (perhaps with a serial killer on his tail, ready to cut those very ribs…) will cheer us up. It is the old law of “mal common half joy”, which in this case instead becomes “illness of the horror protagonist, full joy for the spectator”.