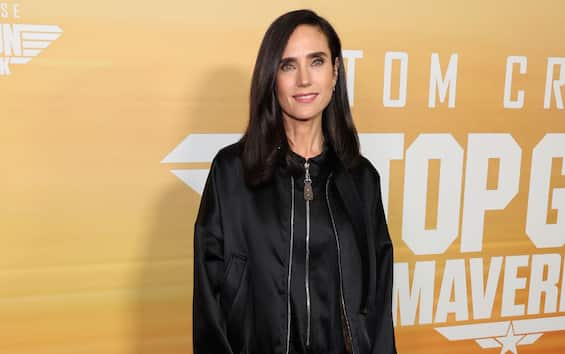 Jennifer Connelly is one of Hollywood’s foremost actresses, winner of the 2002 Academy Award for Best Supporting Actress in A Beautiful Mind. A career focused above all on cinema but which, soon, will also see it again on the small screen with a new project on Apple TV.

Dark Matter, Jennifer Connelly will also be there

Jennifer Connelly is ready to return to the protagonist of a new TV series that we will see on Apple TV and will also be visible on Sky Q and through the app on Now Smart Stick. The actress, in fact, will be among the stars of Dark Matter alongside Joel Edgerton. Dark Matter is the television adaptation of the novel of the same name by Blake Crouch of 2016 and focuses on the events of the physicist Jason Dessen who, one night on his way home through the streets of Chicago, is kidnapped and teleported to an alternate version of his life. For Jennifer Connelly it will just be her third appearance in a TV series, since the actress starred in Snowpiercer And The $ treet. In Apple TV’s description of Dark Matter, we read that “Jason will have to embark on a harrowing journey to return to his family to save himself from the most dangerous enemy they have, which is himself.” Jennifer Connelly will play Daniela, the wife of Jason Dessen. According to the latest rumors, Dark Matter will consist of 9 episodes that will air on the platform starting in March 2023. Black Crouchwriter of the novel, will participate as executive producer and showrunner of what has been called one of the best science fiction novels of 2016. Together with him, space for Matt Tolmach, David Manpearl it’s the same Joel Edgerton. The first three episodes will be directed by Jakob Verbruggen and will be the third project from Crouch’s books after Fox’s Wayward Pines and TNT’s Good Behavior.

For the uninitiated, Jennifer Connelly’s first major performance was in an Italian film. We are talking about Phenomenathriller / horror by Dario Argento shot in 1985 where the then 15-year-old Jennifer played the protagonist, called by her first name, relegated to a boarding school where a homicidal maniac is around. In addition to A Beautiful Mindthe actress participated in other famous films such as Dark Water (2005), Blood Diamond – Blood diamonds (2007), Ultimatum to Earth (2008), Noah (2014) and the recent sequel to Top Gunthat is Top Gun: Maverick of 25 May 2022 where he interpreted Penny Benjamin.