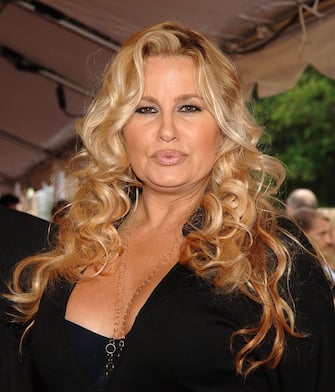 WATCH THE VIDEO: The White Lotus, the news of the second season

Jennifer Coolidge was already known to the public for the roles of Stifler’s mom in the films of the franchise American Pie and Sophie Kaczynski in the sitcom 2 Broke Girls. Its recent success is related to the television series The White Lotus

The White Lotus, Beatrice Grannò, Sabrina Impacciatore and Simona Tabasco in the cast

In “The White Lotus”, the 2021 series, the actress plays the character of Tanya McQuoid. For this role she won a Critics Choice Television Award and received a Golden Globe and Screen Actors Guild Award nomination.

The White Lotus 2 will be released in October

Class of 1961, Jennifer Coolidge was born and raised in Boston, Massachusetts. You studied at Norwell High School and then at Emerson College

The best TV series to see in August 2022. PHOTOS

With “The White Lotus” (2021) came his great success. Her character, that of Tanya McQuoid, is much loved. She is about a restless woman who recently lost her mother

The best films to see in August 2022 in streaming and in cinemas. PHOTO

In 2015 she participated in the cult series “Glee”, in which she played the role of the mother of Brittany Pierce, the McKinley high school cheerleader played by Heather Morris

Here is Jennifer Coolidge in September 2021 on the stage of the 73rd Emmy Awards, of which she was presenter

Rosalía relaunches the fashion of the slip (sheer) dress. The models to be inspired by

Very nice and very sunny, Jennifer Coolidge loves every now and then to show off expressions that instead turn out to be very worried, in the style of Clint Eastwood to be clear. But even when he seems to strike someone with his eyes – as in this photo, for example – in reality what comes out is a lot of sympathy.

Michelle Hunziker, the most beautiful looks of her career

And here is Jennifer Coolidge in all her sympathy, one of the fundamental ingredients of her charm. In this shot we see her at the premiere of “American Pie: Still Together”, the film of the franchise released in 2012

Jennifer Lopez, all the looks of her honeymoon in Paris