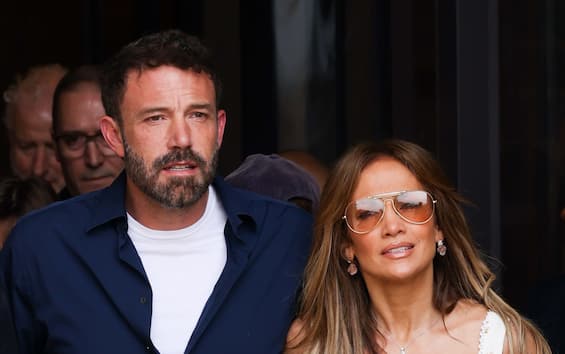 Jennifer Lopez And Ben Affleck they are more in love than ever, other than separation. This is demonstrated by the fact that in the next few days the two will hold a three-day long party, which will be documented exclusively by Vogue magazine, to celebrate the wedding celebrated about a month ago in great secret. Theirs is a love capable of withstanding the wear and tear of time and distance, even gossip and gossip. They were separated for ten years to understand that they were made for each other and finally arrive at their marriage. The party, according to what the Tmz website reports, will be held next weekend but the location remains top secret at the moment, even if some people close to the couple may have spoiled some details.

There is the maximum reserve around the event, which some already define as impressive. The couple is ready to celebrate the wedding together with their relatives, with a maxi party that will last three days. It will be a party of a thousand and one nights, which will be attended by some of the most important names in American show-biz and beyond. Sources close to the family report that “the two are inviting family and close friends to Ben’s house Georgia this weekend for the big party “. Therefore, the actor’s residence would be the place dedicated to the party but for the moment no more succulent details have been provided on the matter. Some even think that it is a misdirection to avoid the siege of photographers in what will be the real location of the party. In fact, Ben Affleck’s house in Georgia would almost be taken for granted for the big party, since this is where the two were supposed to get married when, then, the wedding broke. Beyond the location, Page Six reveals that the celebrations should start on Friday evening, when a first dinner will be organized, then continue on Saturday with a sumptuous ceremony and end on Sunday with a barbecue and a picnic.

Just a few days ago, the voice of one was circulated on social networks separation of the couple a few days before the wedding. In reality, the two had simply split over work issues, having Ben Affleck return to America, while Jennifer Lopez spent a few more days in France.