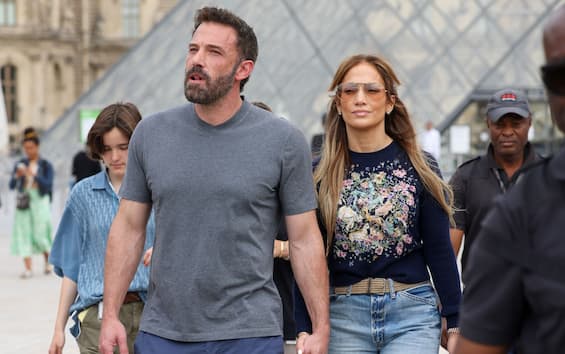 Saturday 20 August Jennifer Lopez and Ben Affleck they got married in Georgia and have decided to spend a new honeymoon in Italy. The two thus returned to our country after their appearance in Capri at the end of July for a benefit concert, which was attended by various personalities from the world of entertainment.

The couple is currently in Como, more precisely a guest of George Clooney at Villa Oleandra. According to some local witnesses, Ben Affleck and Jennifer Lopez would have been spotted having dinner in a historic lakeside hotel, before returning to the residence via a private speedboat of George Clooney. As stated by other witnesses, the two enjoyed dinner and also showed themselves many available for selfies and autographs, showing themselves in all their humility despite being among the most famous characters around. In addition, on Wednesday afternoon they visited the town of Menaggio and, despite the constant presence of the bodyguards, they walked like normal people and quietly queued to get an ice cream. Unlike the first honeymoon of Paris, spent with their children, the couple is without them these days and is taking advantage of every possible moment to enjoy their newfound love after the parenthesis of the early 2000s. As for George Clooney, however, it is not the first time that the Hollywood star has super guests on his estate. In the past, in fact, he opened the doors of his residence also to Cindy Crawford, Brad Pitt, Matt Damon and, recently, Michael Jordan.

The latest works by Jennifer Lopez and Ben Affleck

Jennifer Lopez and Ben Affleck have a long career in the world of cinema. They worked together in Extreme love – Tough Love of 2003 and Jersey Girl 2004. They also appeared in the documentary focusing on the life of Jennifer Lopez published by Amazon Jennifer Lopez: Halftime. Always on this platform, Ben Affleck appeared in Deep waters next to Ana de Armas, in what is currently his last work effort. In their careers they boast countless awards, with Ben Affleck winning two-time Academy Awards for Best Original Screenplay for Will Hunting – Rebel genius of 1998 and for Best Film with Argon in 2013.