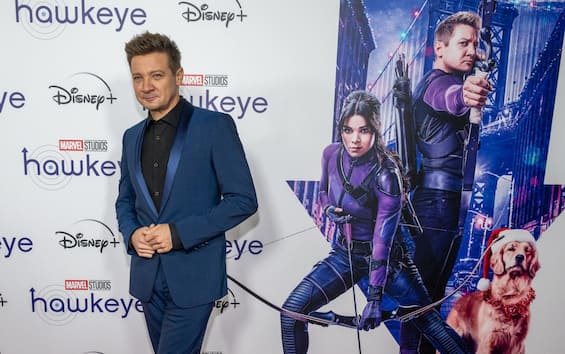 Actor Jeremy Renner, known for his role as Hawkeye in Marvel’s Avengers, was seriously injured in an accident while shoveling snow. His spokesman confirmed this in a statement to Variety magazine on January 1, 2023: “He is in critical but stable condition due to injuries sustained after an accident while clearing snow in the early hours of today. His family is with him and is receiving excellent care.”

The two-time Academy Award nominee’s spokesperson didn’t go into detail but confirmed that the 51-year-old actor suffered injuries as a result of the snow that fell heavily in the mountainous regions of the United States. “His family is with him and he is receiving excellent care,” the officer added. The details of the dynamics of the accident are not known, but it could have happened on a snow plow vehicle. According to Deadlines, the star was allegedly flown to the hospital aboard a plane. Renner owns property near Mt. Rose-Ski Tahoe, an area near Reno, Nevada. A few weeks ago, the actor posted on social media updates on challenging weather conditions in the Lake Tahoe area, which borders California and Nevada and is a popular ski resort. In a tweet, he posted a photo of a car buried in snow with the caption, “Lake Tahoe snowfall is no joke.”

Jeremy Renner is known for his role as Hawkeye (Hawkeye), sharpshooter of the Avengers team of the Marvel universe. The series is dedicated to his character Hawkeye. He was also nominated for Academy Awards for Best Actor and Best Supporting Actor for his roles in The Hurt Locker and The Town. He replaced Matt Damon in The Bourne Legacy ten years ago. It’s also on Paramount+ Mayor of Kingstownthe new Taylor Sheridan series in which Renner is the protagonist and of which a new season will arrive in 2023.