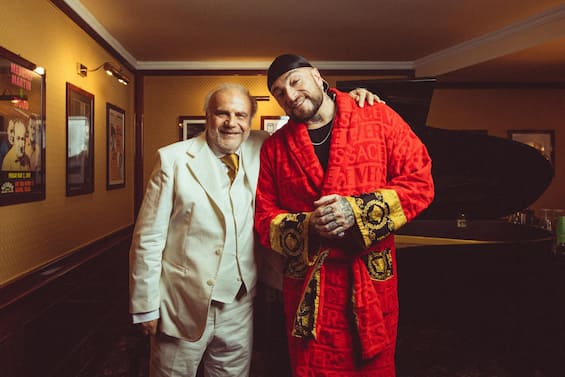 The actor Jerry Cala is the protagonist of the amusing video clip recently published on the social networks of Gue Pequenowhich in a few hours went viral exceeding 5 million views on instagram to announce the release of the new album entitled Mother of pearlout on January 13.

Jerry Cala plays the role of director of the Mother of Pearl Grand Hotel, but actually takes the viewer on a journey up and down the lineup of Guè’s new album. In the video, directed by the director Marc Lucas, the most important artists of the Italian rap scene appear, who lent themselves to making this ironic teaser: Marracash, Mahmood, Rkomi, Sfera Ebbasta, Massimo Garanzia, Anna and many others, up to the final scene where the last customer arrives Mother of pearl, Gue Pequeno.

“When Gué contacted me proposing to make this trailer, I gladly accepted immediately, also because we are fans of each other –said the actor and director Jerry Calà– we shot everything in one day and I have to say the result was amazing. I am very happy with the success it is achieving. Then I enjoyed being in the midst of these talented young talents. It was nice to see that they knew all my films by heart and showered me with respect and affection”.Jerry Cala who was awarded the King of Comedy at Capri Hollywood last December 30, will return to the set next month, as an actor and director, of a new comedy film that will be shot between Naples, Ischia and Molise.