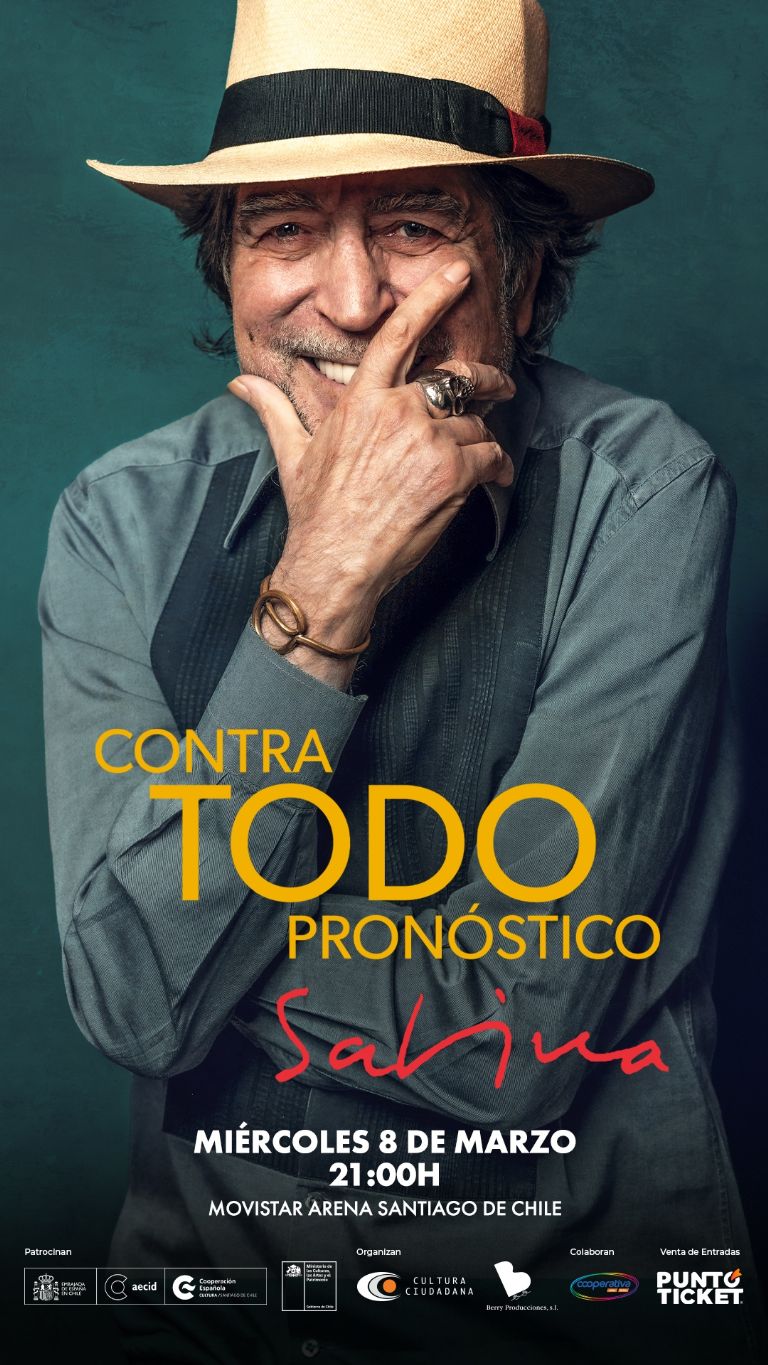 Good news for music, poetry and bohemian lovers is what was recently delivered by the Citizen Culture Producer, which surprised us this weekend with two excellent concerts by Joan Manuel Serratas he reported that very soon another Spanish star is coming to Movistar Arena, and it is neither more nor less than the famous Spanish singer-songwriter Joaquin Sabina confirmed his new world tour, called “Against all odds”. Within that tour context, it will arrive in Chile with an incredible concert on Wednesday March 8, 2023.

Joaquin Sabina in Chile: “Against all odds”

After his last presentation in our country in 2017 with the tour “I deny everything”the singer recognized for his music and especially for his lyrics full of street, wine, love and heartbreak, prepared this new tour to show unreleased songs along with a repertoire that includes his dozens of classics.

To celebrate her career and, in passing, show her new material, Sabina prepared the tour “Against all odds”, which starts in February 2023 and will cover Costa Rica, Colombia, Peru, Argentina, Uruguay to arrive in Chile in March. After this passage through Latin America, he will return to Spain and then go through the north visiting Mexico and the United States.

“Against the relentless wind of the passing of the years, against the hangover tide of times adrift, ‘Against all odds’, Joaquín Sabina, at seventy-four years old, back from everything and cured of frights for being old and for devil, announces his return to the stage to the delight of himself and his audience. An essential quote from this survivor who -yes, damn it- will never tire of celebrating with his songs the irreverent and passionately beautiful vision of life from the treacherous nightlife, feverish love and unmitigated heartbreak ”says the official website of the tour.

The singer and poet, Joaquin Sabinaborn in Úbeda in 1949, has had a solid career that has meant success not only in his native Spain but also in other Spanish-speaking countries where his music and lyrics have reached levels of fame that few artists have achieved.

With songs like “19 days and 500 nights” either “And they got ten” they have become part of the musical inventory of bars and nightclubs. And also with topics like “The most beautiful song in the world” either “With you” is that Sabina has made it clear that the register of heartbreak and romanticism are perfect for her, inspiring not only her audience but also other artists who have covered her songs, taking them higher.

And of course his collaboration, friendship, unfriendliness, and love with Fito Paez for the disk S&P earned him recognition in the southern cone that catapulted him into legend, and where the “Good Boys Song” Y “Rains, it pours” they ended up being undisputed anthems of Latin American bohemia.

On a personal level, Sabina has received multiple awards for her work, including the Silver Medal of Andalusia, the Gold Medal for Merit in Fine Arts, the Gold Medal of the city of Madrid, the Guest of Honor of Buenos Aires and Montevideo, as well as three Ondas Awards, in addition to the latin grammy to musical excellence.

Where and buy tickets for Joaquín Sabina’s recital in Chile?

When is Sabina’s recital in Chile?

The presentation of the “Against all odds” tour will take place in Chile on Wednesday, March 8, 2023, at 9:00 p.m., at the Movistar Arena in Santiago.

What are the values ​​of the Joaquín Sabina show in Chile? 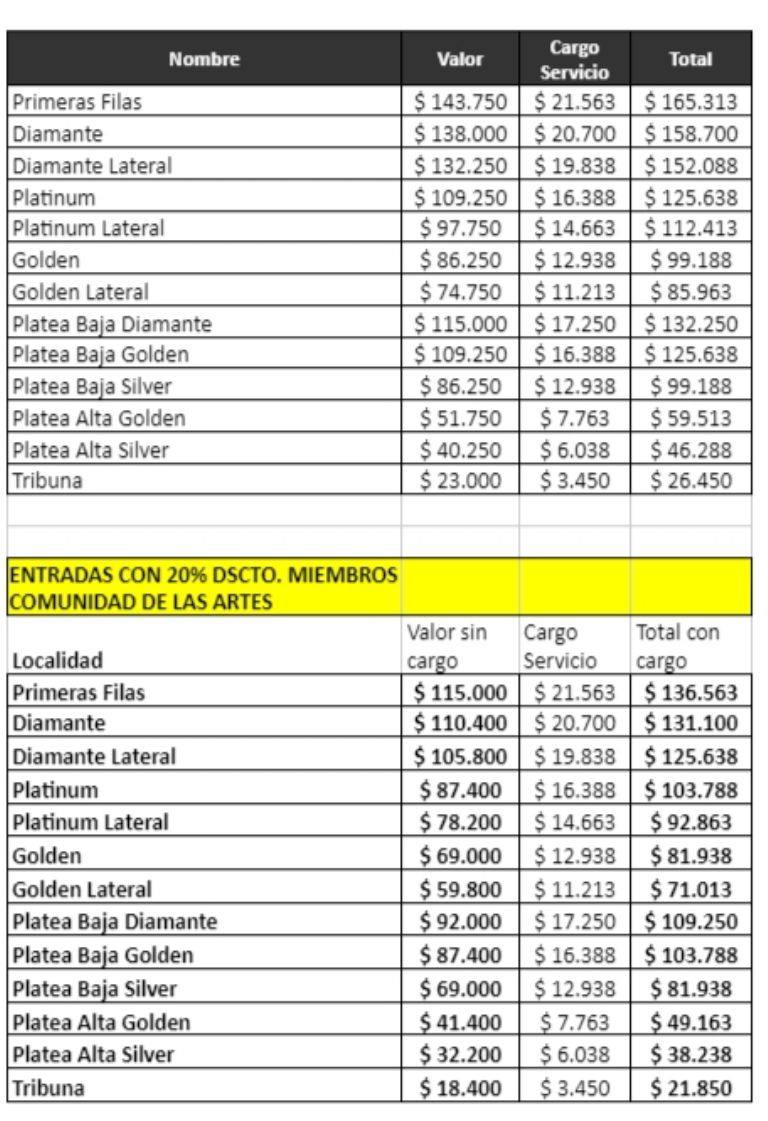