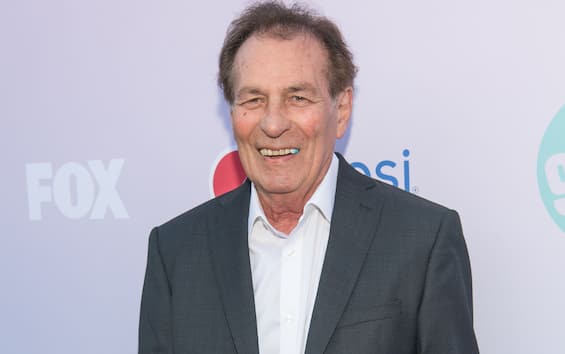 Mourning in the world of entertainment and TV series. At the age of 85 he passed away Joe E. Tata, American actor known to the public for having lent his face to Nat Busicchio in the successful TV series Beverly Hills 90210.

Joe E. Tata he had long been ill with Alzheimer’s, and his daughter Kelly after announcing his death, he launched a campaign on GoFoundMe to raise money for the Alzhaimer’s Association. Joe E. Tate was 85 and fans of Beverly Hills 90210 they will remember him for having lent his face to Nat Busicchio, the owner of the Peach Pit. In the TV series, the venue was one of the most important meeting places for the protagonists, who were stationed there frequently. Nat Busicchio, a character of clear Italian origins, in the course of the TV series reveals himself as a sort of putative father of Brandon, so much so that he became his friend and even offered him a job as his assistant behind the counter. The relationship that he establishes with the young boys of Beverly Hills is so strong that, when he begins to accuse serious health problems, the protagonists will relieve him of his work duties and, in turn, take over the management of the Peach Pitturning it into Peach Pit by Night. With a message on Instagram, he was among the first to comment on his death Ian Zieringinterpreter of Steve in Beverly Hills 90210: “He was one of the most peaceful people I’ve ever worked with, full of wisdom and kindness. In many scenes he could have stayed in the background, but he has always been a leader, especially for us guys. He will always remain in my heart ”.

The other goodbyes of the actors of Beverly Hills 90210

Beverly Hills 90210 was a very successful TV series broadcast in the United States from 1990 to 2000 (in Italy from 1992 to 2001) for a total of 183 episodes divided into ten seasons. So many actors have been cast by Beverly Hills 90210like a young woman Hilary Swank appeared only in the eighth season, but also Jason Priestley, Shannon Doherty, Ian Ziering, Tori Spelling and Jennie Garth among others. Unforgettable, of course, the late lament Luke Perry passed away in 2019. His last television appearance dates back to the TV series Riverdale, where he played Fred Andrews, Archie’s dad. With the natural death of the actor, he chose to have his character also die during an episode of the fourth season. Finally, we also remember the disappearance of Denise Yvonne Dowsethe vice principal Yvonne Teasley in the tv series.