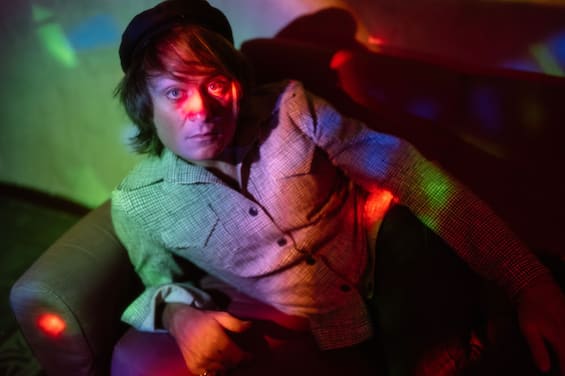 Entirely conceived by Johann Sebastian PunkMassimiliano Raffa, who wrote and composed all the songs, and from Matteo Cantaluppi that supports it with production, Renaissance EP he wants to mess up the cards on the table of Italian music, surprising his listener with sound and words. Starting from the title: Renaissance understood as a radical transformation, a celebration of the vitalism of nature, a search for harmony of forms and a synergistic dimension in which man is recomposed with the universe? None of this because we live in nightmarish times, in a dystopia confused with reality that requires new aesthetic categories, new standards of beauty. Renaissance EP talk about this. And not only.

Renaissance as a revolution, as a movement towards beauty that will save us: is this the message of your new work?

In part it is this, it is not only a personal inspiration but also an invitation to the outside. I am speaking of a renaissance that the Italian cultural world must experience, to which politics must give answers. But I also note that the response from the cultural world is weak for the period.
Do you really feel part of a lost generation? Son of a generation that has not kept its promises and father of a generation that is rediscovering the value of the square?

I have a conflicting relationship with my generation. My poor integration allowed me a detached look at the way others react to the outside world. I observe. Mine is a lost generation not only because of previous generations but also its own faults.
In an age of few and poor ideas… who is he “the girl who gets lost in the idea “?

She is a girl of twenty like many that I have met in this world with which one cannot come to terms. It was different for the baby boomers who could have dreamed. Today we do not dream, the prospects are more gray. The baby boomers could have hoped for cultural discontinuities while today one adheres to conformity, otherwise one is cut off from the market.
Who are Cinzia and Catia?

Two sixty-year-olds who renounce their role as ladies who are moving into their third age and try to go back to the past to live a life free from the constraints of common thinking, go to the disco and to bed with the twenty-year-olds.
Believe the word without should it be removed from the dictionary?

It is very comfortable metrically even if it offers few rhymes. In English you don’t say without but no. It means deprivation and we don’t need it because we have too many rules. Music and culture have deluded us that they have freed us from the rules, in reality the formula has been standardized; even everyday life is bent to the privations of … without.
When “these senseless times pass” what humanity will we find waiting for?
Aerobatics it was not born in the pandemic, it was written before and meaningless times were there even before: when they pass we will only be worse. The song is about a man who is about to attempt suicide, that is the extreme stunt. It is a false optimism there is no rosy vision of the future, it could refer to the way after death, which for me atheist and rationalist does not exist.
“You still prefer hello”, but it is a fairly obsolete word as good morning, how are you … is it the result of the constant search for stardom?

It is not a criticism of petty bourgeois good manners, here I speak of the cult of the perfect physique. Politics does not build dreams but gray things. The problems seem to be in shape. I am a fanatic of good education and certain contemporary realities make me uncomfortable.
What is the difference between your birth which is an excuse to undress in public and the evil of living by Eugenio Montale? You both face the inconvenience of being born.
The drawback of being born is the title of a book of aphorisms by Emil Cioran that I consumed in my pessimistic and nihilistic training. It is almost an anthropological text, it goes to the pre-cultural origin of man, we are born free it is true but then we no longer know how to be free starting from the need to have a mother mother. There is an illusory freedom that is resolved in the fact that we cannot do without the chains to which we are eventually forced.
What will happen in the coming weeks?

Something will happen, it doesn’t depend on me for the lives. I am happy to do concerts and be in the audience. There will be a live in Milan and we are thinking about doing others.