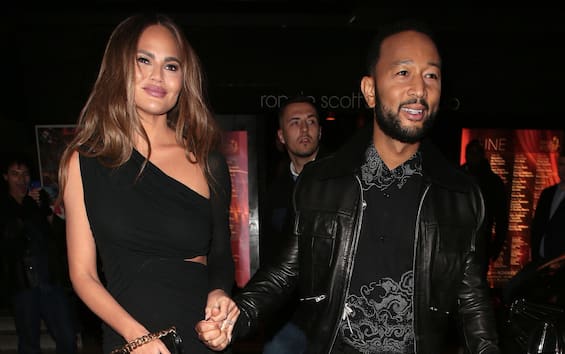 They kept the secret for long months, Chrissy Teigen and John Legend but now they can no longer hide the happy news from their fans. The vip couple, who lost a child to a miscarriage in the fall of 2020, will have soon another son how announced by a post published on the official Instagram profile of the US model who photographed herself showing her baby bump, already evident in the shots. The photo was also reposted by John Legend on his personal profile; both posts, of course, were filled with comments and likes.

John Legend and Chrissy Teigen are ready to finally put behind the tough season in which they had to deal with the loss of their third child that would have increased their family already made up of the little ones Luna Simone and Miles Theodore, born, respectively, in 2016 and 2018. The model and the Grammy-winning singer had garnered the solidarity of the entire entertainment world and the social media audience with the shocking tale of themiscarriage with which the third pregnancy of the thirty-six year old was interrupted. Also on Instagram, the social network on which a discussion had started on the issue of difficulties, especially emotional, related to the loss of a child even before birth (a condition common to many women), the good news has now arrived of waiting for a new life. Teigen admitted she had a little nervous at the idea of ​​having to make the news public and waited to know if everything was proceeding normally. In the post, tender and spontaneous, she then added that it was hard to keep the matter secret and that now she is happy to be able to talk about it.

Chrissy Teigen: from abortion to in vitro fertilization

Teigen once again specified how difficult the last few seasons have been for her and her family, characterized by a “blurred joy“. Although both she and her husband John Legend have always said they are very grateful for their two children, grief for the loss of Jacka child to whom they had even given a name, marked them deeply. After the abortion, Teigen made it known that she was doing what it took to have more babies, and last spring she revealed that she had long since begun treatments for in vitro fertilization. The explanations had arisen following the many questions about a new pregnancy for the model motivated by the swelling of her body which, instead, was due to the treatments she was undergoing. With an Instagram post, Teigen suggested that each woman should be treated with caution as each woman has her story behind her.