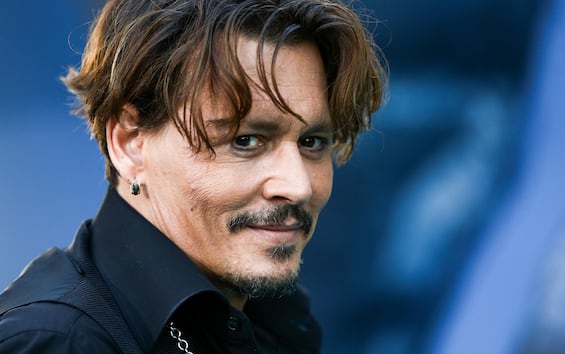 New official photos of Johnny Depp as King Louis XV have been released, images that come directly from the set of the titled film Jeanne Du Barry.

The star returns to the big screen in the role of the French sovereign in the eagerly awaited film directed by the French director Maïwenn, who will play the protagonist role herself, that of the titular courtesan. The new images showing Depp with his stage costumes together with Maïwenn Le Besco (as you can see at the bottom of this article).

The plot tells the story of the young Jeanne (the director Maïwenn, who is in fact the protagonist of the film), a woman from a poor family who uses her incredible charm to be able to make a social climb such as to even attract the attention of King Louis XV himself.
The latter – who is unaware of her humble origins as a courtesan – falls madly in love with her. He will have her transferred to the Palace of Versailles, where her arrival will scandalize everyone, since it is something that goes against every social rule, noble etiquette and etiquette possible and imaginable.

At the bottom of this article you can check out the new photos of Johnny Depp as King Louis XV for the film Jeanne Du Barry.

The dramatic film is loosely based on the life of Jeanne du Barry, Louis XV’s last mistress at the court of Versailles, after Madame de Pompadour. The illegitimate daughter of a seamstress, Jeanne du Barry used her intelligence and her beauty to rise through the ranks of 18th-century Parisian high society and the court of Louis XV at Versailles.

She quickly became the favorite companion of Louis XV, who was unaware of her status as a courtesan. The sovereign regained his passion for life thanks to her relationship with Jeanne. The two fell madly in love and, against all decorum and etiquette, she moved to Versailles. The arrival of a commoner at court clearly shocked everyone at the time.

Post-production on the film is currently underway, after eleven weeks of shooting in various locations (including the Palace of Versailles and other French castles, as well as in the studio).
Why Not Productions (Rust And Bone and A Prophet) is leading the production together with IN2 and France Télévisions, who are also producing the film.

The film sees the return of Johnny Depp to the cinema after a three-year absence.
The star, as is now well known, recently won the trial in the defamation case against his ex-wife Amber Heard.
In addition to returning to the seventh art as an actor thanks to the film Jeanne Du Barry, Depp is also preparing for another kind of return to the cinema: after exactly a quarter of a century, he will return to directing a film. 25 years after his last directorial effort, Johnny Depp will direct Modigliania biographical drama centered on the titled Italian artist: Amedeo Modigliani.

His only other directorial experience dates back to 1997, when he directed and starred in the film The brave (The Brave), based on a novel by Gregory Mcdonald.

Jeanne du Barry is Maïwenn’s sixth feature film, the most ambitious production to date after her film which won the Jury Prize at Cannes 2011, Polisse.

Also Mon roi – My King (My King) was a very important film in the career of the French director, a film for which, among other things, Emmanuelle Bercot won the best actress award at Cannes in 2015. It is the semi-autobiographical work DNA was acclaimed by audiences and critics at Cannes 2020.

Jeanne du Barry sees Maïwenn not “only” in the director’s chair and on the set as an actress herself (protagonist, moreover), but also as a screenwriter (together with Teddy Lussi-Modeste).

You can check out new photos of Johnny Depp as King Louis XV for the film below Jeanne Du Barry.