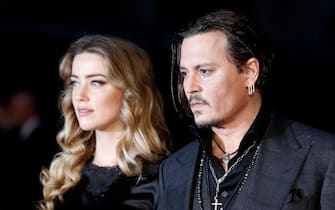 Starts today, April 11, the Amber Heard libel trial. Her ex-husband Johnny Deep sued her because in 2018 she wrote an editorial on the Washington Post in which she claimed to have become a public figure representing domestic violence

In the editorial in question, Heard didn’t mention Depp, but according to the actor’s lawyers, that very article ruined his career. Hence the request for a mega compensation, equal to 50 million dollars

Johnny Depp on trial against the “Sun”: all the star’s judicial troubles. PHOTO

As Variety points out, this trial represents another opportunity for the actor to dismiss the accusation of abusing his ex-wife. In recent years, the actor has already sued and lost against the British tabloid Sunwho called it a “beating husband“On the basis of that ruling, Heard’s lawyers had tried to avoid another legal action, but failed.

Johnny Depp loses to the Sun

Contrary to then, in this trial Deep points the finger at his ex-wife and the matter will not be expressed by a judge, but by a jury. As he writes Varietythe latter will have the opportunity to hear various testimonies in the next six weeks and “ultimately will have to decide who is telling the truth” in the couple

Variety’s article on the trial

The courthouse where all of this will happen is in Fairfax County, Virginia. The exact reason for this choice is unknown as both actors live in California. The Independent However, he explains that it is possible that Depp’s lawyers have chosen this location because it is precisely here that the gods are found server thanks to which the online editions of the Washington Post are published

Johnny Deep fans await him outside the courthouse