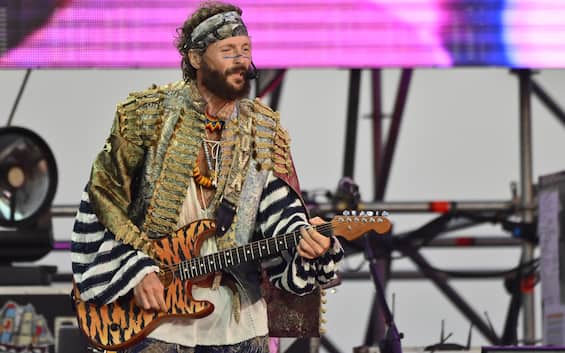 “Moving is a good way to balance on a thread”, sings Jovanotti in the latest single Remember to live and it is not known whether this admonition is intended only for the listener. Judging by the map of Lorenzo Cherubini’s recent movements, one might give a negative answer, indeed the video of Remember to live it seems made on purpose to be almost a vademecum for images of how good it is to move, travel and focus on the horizon even when there seems to be only the desert around it.

A flower grown in the desert

The video clip of Remember to live is set in Niger and is directed by the now faithful James Triglia, who collaborated with Jovanotti for Cheers! and for the special Sahara Jam. The images were shot just a few weeks ago, when Jova left for Africa as a special guest of the Festival de L’Air. This historic gathering of the Tuareg peoples, which took place again this year in Iferouane, allowed the author to To you to be able to perform with local legends also celebrated internationally as the friend Bombino or the fathers of the “desert blues” Tinariwen. The live held on December 2 in the heart of the Saharan Ténéré also served as a driving force for the participation of the artists in the initiative Sahara Peace Hubs “A home for the music of the Sahara” with the announcement of the construction of a music center in Niamey, the capital of the Sahel. The ultimate goal of the enterprise is to preserve and enhance that same “music of the desert” to which Jovanotti has always paid great attention, just think of Bombino’s participation in The wind rises of 2015.

A Proustian madeleine from our childhood

In Japan the Power Rangers were already a small cult when, in 1993, it was decided to adapt the format in America. The western version of our heroes, the one that would later arrive in Italy too, differed in several aspects from the original counterpart. Especially in our latitudes it was decided to limit (sometimes brutally cutting them) all the most violent and controversial parts of the show to make them more suitable for a very young audience. The move, however controversial, paid off if we think of how much the Power Rangers became icons of the nineties, simultaneously producing an unprecedented and infinite amount of merchandising. Watch the trailer of Mighty Morphin Power Rangers: Once & Always 30th Anniversary Special it means accepting to be faced with a Proustian madeleine that reminds us of how long ago childhood has passed. Netflix’s choice to anticipate the reunion with a video that basically just tells us how nice it was for the cast members to get together, does nothing but play on the nostalgia effect, sharpening it.

The beating of the sun still dictates the pace

Jovanotti has been living for years now, quoting his last song, “with only the horizon as a limit”. And also the project of the new album The disc of the sun was born from a journey that now lasted more than two years through different paths (also metaphorically speaking). Who knows if as well Remember to liveand is, on par with another hit from the disc as I love you baby, dedicated to “a girl who has to climb a mountain, swim across the ocean, kiss a toad on the mouth without any guarantee that she will become a prince”. It could be since the piece is above all a recommendation not to stop, even when commitments and in general the weight of existence seems ready to crush us. The latest songs were born, at least according to Jovanotti, in a period in which the sun seemed “the only stable thing wherever I was, while everything else wavered”. Perhaps for this reason his energy, that “beat of the sun” already evoked in the past, feels really strong here, almost as if that so important star were to guide us again today as it happened to the ancients.

Jovanotti the more you feel, the more it cheers you up, today like yesterday

Jova loves the sun but respects it, he never gets too close to it risking getting burned: he is optimistic but that doesn’t mean he aspires to too big goals (which he has already achieved in many cases). At the opening of Remember to live he immediately expresses his greatest desire, which is not exactly that of a classic modern pop star, eager to grab prizes and social recognition: Lorenzo Cherubini’s desire is to “live the things to come, connected with the breath and without too much effort”. Perhaps this is why his works are so easy to convey to the public, which is why even motivational hymns such as Remember to live sound credible and less obvious than they would probably appear in another singer’s mouth: Jovanotti doesn’t ask to go to the moon but rather stays happily below, to be warmed by the sun with no flights of fancy planned: he tells us that one can still hope for happiness normal, without necessarily sounding naïve or out of time, and striving for it without obsessing over failure. Several years have passed since, together with the great Pine Daniel, Lorenzo remembered “not to trample on the flowers in the desert” evoking “a word of mouth of sounds that unites people, who look for some water to drink in this desert and find it”. Since then Lorenzo himself has changed a lot but he has never really stopped looking for the same things, being surprised like a child by what is beautiful without focusing too much on the darkness around us: in dark times Jovanotti is the equivalent of one of those supplements that promise to “always cheer you up”, even just by reminding you that there is something worth keeping going for.