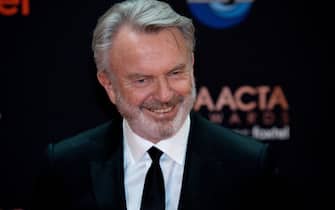 Sam Neill is one of the protagonists of Jurassic Park, the 1993 film, progenitor of the saga based on the novel of the same name by Michael Crichton. Neill is Professor Alan Grant, paleontologist engaged in the study of dinosaur fossils, invited to visit the extraordinary park set up by billionaire John Hammond

Jeff Goldblum is Professor Ian Malcolm. An expert in mathematics and chaos theory, he is among the first to raise strong doubts and concerns about the creation of Jurassic Park and the bizarre ideas of Hammond

Ariana Richards is Alexis “Lex” Murphy, one of Hammond’s granddaughters. The actress, born in 1979, played the role as a teenager

Joseph Mazzello is Timothy “Tim” Murphy. The American actor, of Irish and Italian descent, played Hammond’s second grandson when he was about ten years old.

Jurassic World – The Dominion, from cast to plot: what we know about the film

Richard Attenborough is John Hammond, creator of Jurassic Park and general manager of InGen. He died on August 24, 2014

Jurassic World – The Dominion, a new featurette from the film

Wayne Knight is Dennis Nedri, the creator of the park’s computer systems who agrees to be bribed for money, wreaking havoc on the island

Bob Peck is Robert Muldoon, the park’s security chief, one of the few to express dissent against Hammond’s choices

Martin Ferrero is the lawyer Donald Gennaro. He too argues that Isla Nublar can be a great source of income

BD Wong is Dr. Henry Wu, chief of genetic biologists of the laboratory that created the dinosaurs starting from the blood preserved in a mosquito imprisoned in fossil amber