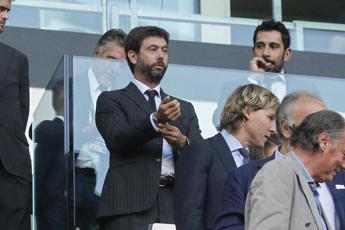 The “unlawful conduct” contested by the Turin prosecutors against the 12 suspects could be traced back to “the club’s alarming economic, equity and financial situation”

“A criminal context of alarming seriousness having faced unlawful conduct, repeated and protracted over time, for three years, of undoubted weight (440,887 million adjustments to shareholders’ equity in three years), ramified and diversified”. Thus the Turin prosecutors describe the facts that are the subject of the investigation into Juventus’ accountshighlighting that “the crimes analysed, due to the effective methods of implementation, outline a high subjective danger of the offenders, making the period undeniably concrete that they, if the opportunity arises, continue to commit a crime”.

The serious economic situation “is confirmed by the use of two capital increases after just two years (2019 and 2021) for a total amount of 700 million euros” which however “are revealed to be insufficient ab initio and open the door to a worrying present and future scenario”. To aggravate the picture there would then be “debt positions not recorded and not included in the accounts, a particularly serious fact if one bears in mind the listed nature of the company’s shares”.

Furthermore, “the worrying situation” would “undoubtedly have had an impact on the spread of Covid and the containment measures” to limit the spread of the virus “” however, contrary to what is externally represented by the company, the pandemic has only had limited effects aggravation of an already seriously compromised situation”.

An “absolutely critical” context, in which the suspects “have deliberately and knowingly resorted to ‘corrective manoeuvres’, which are nothing more than ‘illicit stratagems’ in order to guarantee the continuation of the social activity and to alter, by improving them, data in documents intended for the public (financial reports): ‘artificial’ capital gains, deriving from ‘exchange’ transactions” and “the so-called salary manoeuvres”.