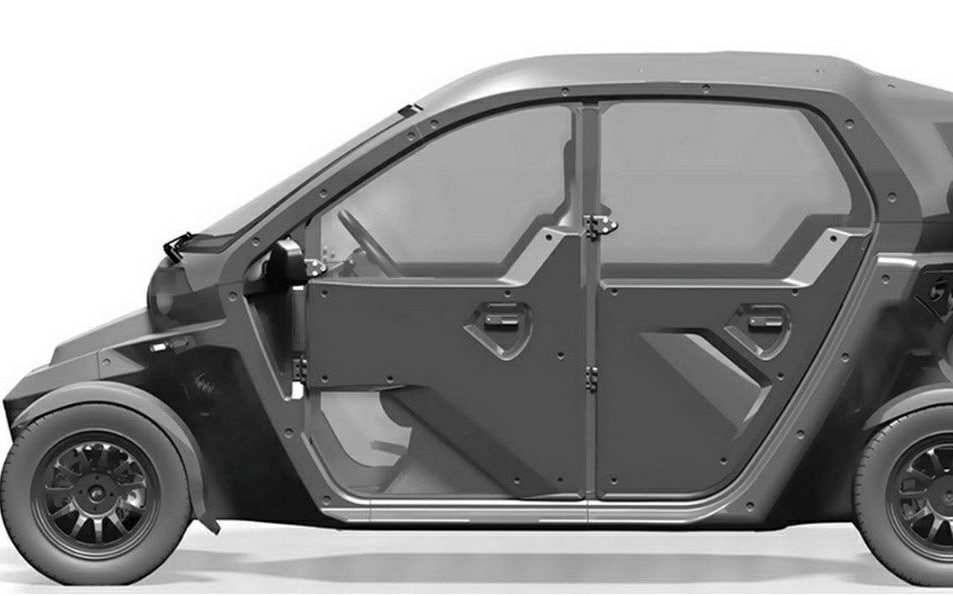 When we say Kalashnikov we immediately think of the iconic AK-47 assault rifle used in various armed conflicts. The Russian company that produces military equipment in recent months has been trying to expand its business by developing electric vehicles.

The Kalashnikov Izh UV-4, the first model of the house, is a four-door electric that appeared in 2018 in the form of a prototype. However, some images recently leaked, shared by the Carscoops portal, suggesting a possible production version. From the Kalashnikov Izh UV-4 will also be obtained a more compact version with two doors and three wheels. Specifically, the latest images from the Russian patent office reveal that the UV-4 hasn’t changed much from the prototype unveiled in 2018, with exposed wheels and military-style doors.

The vehicle measures 340 cm in length, 15 in width and 17 in height. The basic equipment will include air conditioning, heating, a digital instrument panel, a video screen and adjustable suspension. According to rumors that emerged earlier, the car’s power would be 67 hp, with a top speed of 80 km / h and a weight of 650 kg. Kalashnikov hasn’t disclosed battery specifications, but it should be enough to travel up to 150km on a single charge.

The three-wheeled version of the UV-4, which has not yet been named, features significantly slower speeds and, most importantly, one less wheel on the rear axle. The electric three-wheeler appears to share the front with the four-wheeled “sister”, but has a more rounded shape and no doors, thus leaving the cabin exposed. Inside there is room for two passengers and some luggage. The interior layout is also the same, with the difference that in this three-wheeled version there is a sunroof.