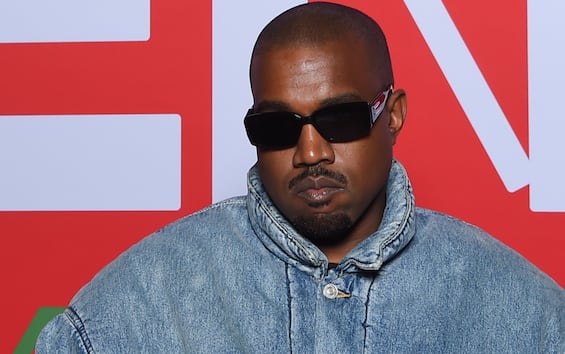 Kanye West returned to Twitter posting the Hebrew word “shalom”, a term that is often translated as “peace” but which is also used as a greeting or goodbye.

He attached “shalom” with a smiling emoji. This post of his published on Sunday 20 November follows the first one, released a few hours earlier on Twitter: “Testing Testing Seeing if my Twitter is unlocked”.

His account had previously been blocked following his anti-Semitic posts. When his profile was disabled, West announced that she was buying the social network Parler, a popular platform among conservatives.

The new owner of Twitter, Elon Musk, yesterday responded to his tweet with the following words: “Don’t kill what you hate. Save what you love.”

Shortly after his return to the web, in a video published to present the items of his clothing brand YE24, he also declared that he intends to run for president of the United States in 2024. Already in 2020, the rapper had run for the presidency as an independent, collecting about 60,000 votes in the twelve states in which he appeared on the ballot (in all the others he had missed the deadline to present his candidacy).

The rapper was dropped last October by many companies after his anti-Semitic comments.
Among the many companies that have wanted to distance themselves from him, there is Adidas: the streetwear and sportswear brand has canceled the contract with its Yeezy brand.

At the bottom of this article you can look at the tweet with the word “shalom”.

It seems that Kanye West has been reinstated on Twitter a few weeks after being blocked on social networks. The reinstatement of his account would have been carried out shortly before the sale of Twitter was finalized, as stated by Elon Musk. So, in case anyone was wondering, it wasn’t a decision by the new owner of the bluebird social network.

West’s Twitter and Instagram accounts were suspended in October 2022 after the American musician, designer and entrepreneur wrote disparaging comments against “Jewish people”.

But after his reinstatement on the network, and after some tweets posted in early November, Kanye West said he would go on a “verbal fast” for 30 days, as well as abstain from alcohol, “adult films” and sex. Before these new tweets of his that appeared on Sunday 20 November, his last post dated back to 4 November.

West’s latest tweets come just as Donald Trump’s Twitter account was restored. Over the weekend, after almost two years, the former American president was allowed to return to the social network. If in the case of Kanye West / Ye it seems that Elon Musk does not have a hand, as far as Trump is concerned, the intercession of the new owner of the social network does have something to do with it.

Musk held an online survey among users and the yes about the possibility of returning Trump won (by a narrow margin). We recall that the former American president was banned in January 2021 after the siege of the Capitol in the United States.
However, Trump has stated that for now he does not intend to return active on Twitter, in the sense that we will not see his new posts shortly. And maybe we will never see even one again, since it has now created its own social network, Truth Social.

The reaction of Kanye West fans

Fans of West – also known as Ye, a name that the artist has adopted for a few months, even if everyone (or almost) continues to refer to him by the name of Kanye West – have had an enthusiastic reaction to reviewing their own online benjamin.
His “test” tweet that came after his brief absence on the net reached 678,000 likes in just five hours.

Below you can watch the tweet with the Hebrew word “shalom”.