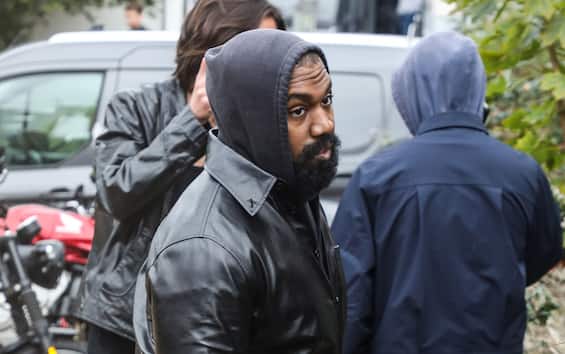 Kanye West is now part of the past of BalenciagaThese are the conclusions reached by the leaders of the globally renowned fashion house after the exploits and controversies related to the rapper whose behavior during the last Paris fashion shows was anything but irreproachable.
In Note spread from Kering groupowner of the maison, it is specified that there are no professional relationships between the brand and the artist neither now nor in the future.

The end of the collaboration between Ye and Balenciaga

There disappearance of the photos by Kanye West on the official brand profiles and on Vogue Runway – a real database for fashion and catwalk enthusiasts – with reference to the fashion show of the collection for spring 2023 opened by the rapper in a clearly military-inspired outfit, he had left little doubt about what Balenciaga’s next moves would be towards the artist who, over the years, has been both a creative partner and a global spokesperson.
Kering’s decision to cut all professional and artistic collaboration relationships, which came together with the results of the third quarter of sales, has shaken but not too much the fashion world which had already received the news of the end of the partnerships of the same Ye, the name by which he currently calls himself Kanye West, with Gap and with adidas.

The rapper’s response on TV

In spite of the accumulation of controversy and news concerning him, not least the indiscretions published by Page Six which report the disappointment of Anna Wintour towards the artist for which the doors of Vogue, who had always welcomed both him and his collections, Kanye West does not seem willing to revise his positions.
The rapper went back to defend his point of view on the latest events concerning him in ainterview with Pierce Morgan which leads the program in the States Piers Morgan Uncensored underlining the fact that those who in these hours are declaring that they want to cut off relations with him use the controversy in instrumental way to “get points”. The musician rejects the idea of ​​being censored for his ideas of him and for this he intends to continue to occupy center stage.
Determined to assert his arguments, in the media as well as in the courtroom, West would have, according to TMZrecently contacted him Camilla Vasquez law firmthe lawyer who defended Johnny Deep in his lawsuit against Amber Heard, a detail not just given the resonance of the trial between the two superstars that took place last summer.