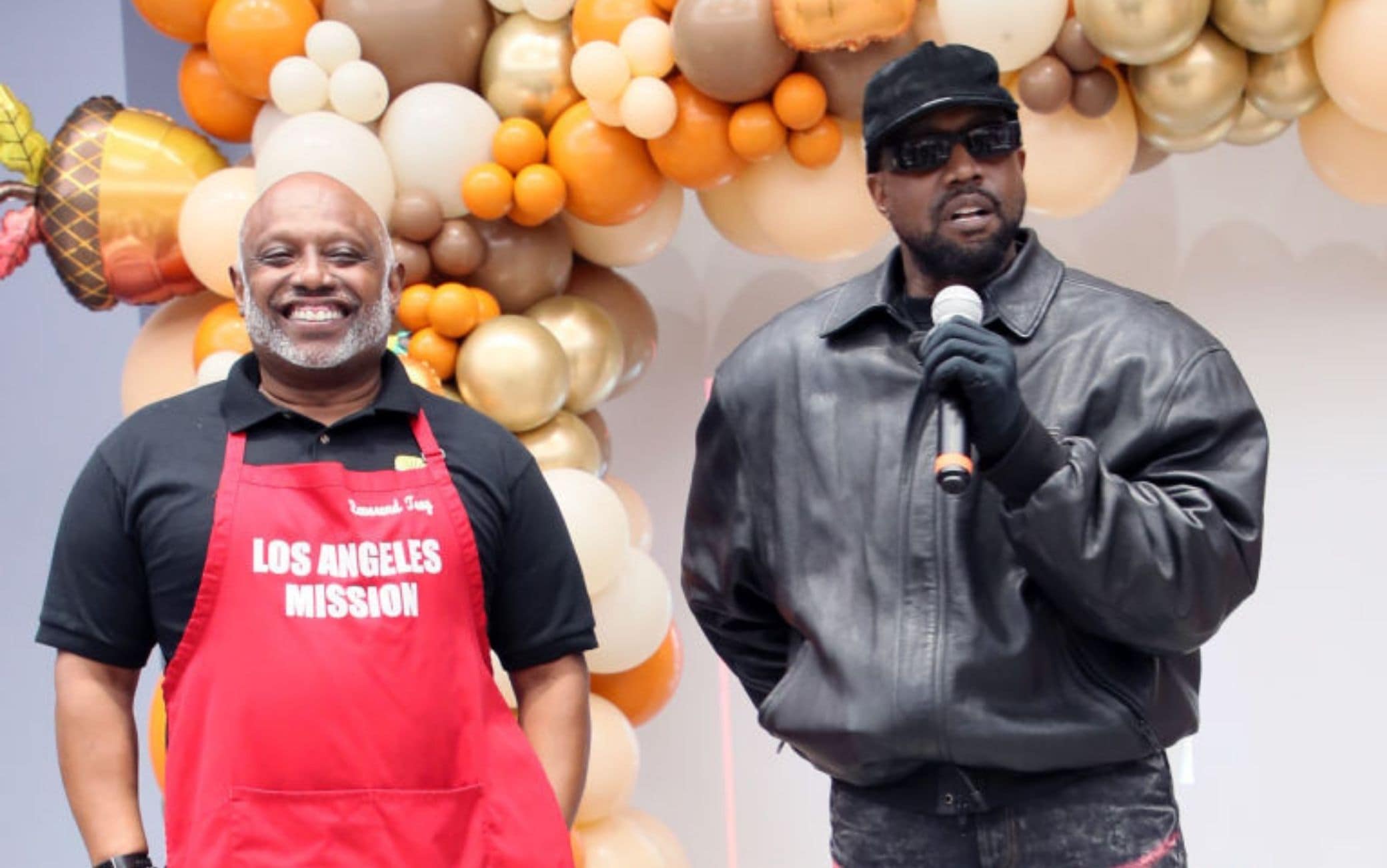 Kanye ‘Ye’ West aims to help the homeless population in Los Angeles and meets with city leaders to establish a program aid for the more than 66,000 people living on the street, homeless. Last week the artist pledged to leave a thousand meals at “LA Mission” in Los Angeles and met with Reverend Troy Vaughn, CEO of the organization, to illustrate some possible solutions in order to decisively oppose the scourge of poverty extreme.

The 44-year-old rapper met with some charities and tried to strategize concrete, in an attempt to alleviate the rampant problem of the homeless in the Californian city. According to the artist, the first thing to do is to create a plan to ensure food for the homeless, opening a working relationship between the philanthropic organizations of the city. Subsequently, the musician expressed the possibility of using his own companies to help provide education, employment and housing and bring together homeless faithful within religious communities to create a valid aid of continuity of care.

A guest in Skid Row, the city’s most deprived neighborhood, during his speech with the CEO and president of “LA Mission” non-profit organization aimed at helping the homeless in Los Angeles, West also returned to talk about the his marriage to Kim Kardashian (PHOTO) and the difficult time she is going through, declaring she wants to go home and apologizing for not having been a good husband. He then went on to criticize the behavior of people who are “ready to bypass the homeless to go to the Gucci store“.

Already in 2019, Kanye West had released a long interview in which he declared that he was sensitive to the phenomenon of the homeless with the intention of designing and building low-cost homes to offer to those who did not own a home. On 5 July 2020 he announced his candidacy in the US presidential election where he proclaimed his interest in the most unfortunate people.

Now the American rapper, aided by the power and love of God as he himself expressed, has decided to engage fully in volunteering to be an example to other people and to feel like a better man, worthy of Kim’s forgiveness.