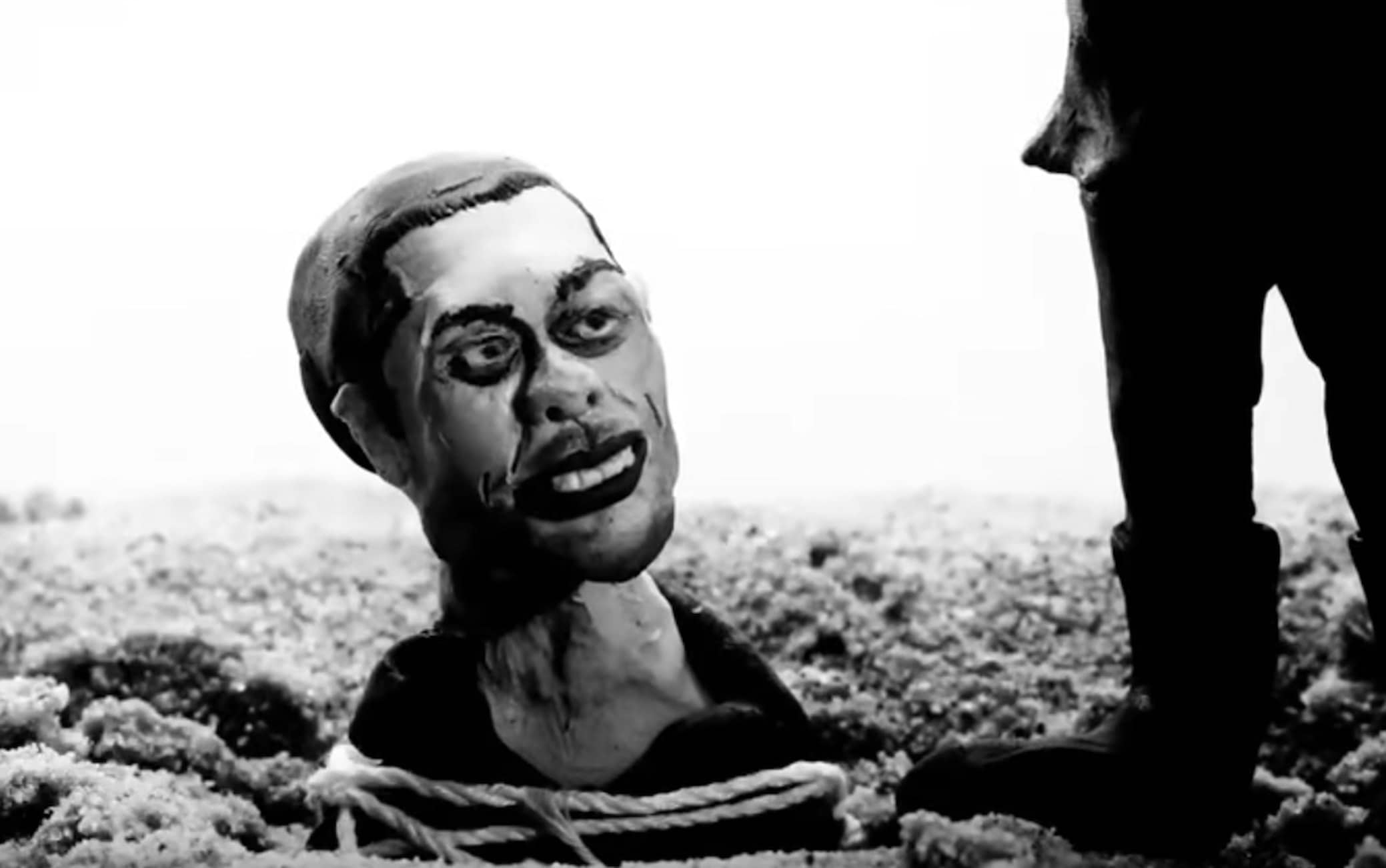 A very strange and disturbing video clip of the song has been released Eazy by Kanye West. The video appeared on a YouTube profile that does not belong to the musician, however Kanye West shared it on his official Instagram account as soon as the judge officially declared that he and Kim Kardashian are legally separated. The request to the judge had been made by her, who is now romantically linked to the actor of the Saturday Night Live Pete Davidson.

Well, see what happens to a kind of voodoo doll with features that very clearly recall those of Davidson in the video of Eazy it is quite disturbing. As well as eloquent enough: if someone had not yet realized that Kanye West is jealous and rotten and that he would like to get his ex-partner back at all costs, at the cost of defeating his new rival in love, now there is a video that proves everything. that is.

The voodoo doll in question is a plasticine puppet depicting the unmistakable Pete Davidson, of which his somatic features are evident. à la Jackass (looks a lot like the gang of madmen led by Johnny Knoxville and Steve O, don’t you notice?).

You can watch the video clip of Eazy with the plasticine version of Pete Davidson making a big bad end in the video you find at the bottom of this article.

It was no mystery, however, that the rapper hated his ex’s new partner from the bottom of his heart. Even well before the release of this “offending” video, Kanye West had openly said – and on several occasions – what he thinks of Pete Davidson and Kim Kardashian hanging out with him.

“God saved me from the accident so I could kick Pete Davidson in the c ** o”, you hear rapping in the song Eazy, in which the artist is in feat. with The Game.

The song was released at the beginning of the new year, in the middle of January. Now the claymation video of that song has also arrived (an English Macedonian word that indicates the cinematographic technique of animated plasticine, typical of the step-one animation technique).

However, the images show a much worse scenario than the one suggested by the text of Eazy: we see the plasticine version of West definitely go beyond those “kicks in the c ** o” of which he sings: in fact he gets to kill the new partner of his ex-wife.

References to the killing of Pete Davidson in the video

We do not know what Pete Davidson felt when he discovered he was the macabre protagonist of the video clip for Eazy. Certainly he will not have pleased him, because the images of the film are really strong. Hopefully this video is not a real and open threat.

Certainly, however, if Kim Kardashian was previously worried about her partner’s safety, now it is possible that the judge who requested the official separation from her ex-husband may ask something else …
We do not know if Kim Kardashian and Pete Davidson want to legally proceed against Kanye West, as long as there are grounds for doing so, under US law.

In the video clip you can see Pete Davidson’s plasticine doll, a caricature that clearly demonstrates that we are talking about him, with bags under the eyes, thick lips, cigarette in hand, hooded sweatshirt and all the physical characteristics and not only that well connote the actor. The features are undoubtedly those of him.

We see him being put a sack on his head and kidnapped. They transport him on a quad, tied and hooded, until he arrives in the middle of the desert. Here, still tied up, he is dragged and slipped into a hole that Kanye West’s plasticine version had previously dug, together with some collaborators, all equipped with shovels.

Once Pete Davidson is put in the hole, the rapper opens a bag of rose seeds and spills it on his rival’s head. With a watering can, he irrigates the head and seeds. We see roses born on Davidson’s head, after which West is seen armed with a scissors with which he presumably begins to prune the flowers. We no longer see Pete Davidson but only a van full of roses.

In all this, the rapper intersperses these scenes with those of him intent on singing, holding a severed human head under his arm.

At the end of the video the message appears: «And they all lived happily ever after, except Skete». Skete is the name West mentioned on his social networks to refer to the one we all intended to be Davidson. In the video, the pseudonym Skete is deleted with a line that slashes the word, replaced with the expression “you know who”. “JK is fine” follows.

Kim Kardashian’s concerns about West’s threats to her boyfriend

In addition to putting on paper the hatred and resentment nurtured for him, first in the lyrics of the song and now in the video clip that accompanies it, Kanye West has also directly attacked Davidson on Instagram.

Her hatred was such as to push Kim Kardashian to declare that if anything bad should happen to the actor who is paired with her, the blame would fall on the rapper. The latter wanted to respond to Kim’s message asking his followers not to hurt Pete Davidson. But not to redeem himself: he asks that no one touch him because he would have “solved the matter by himself”.

After the very heated confrontation via social media between West, Davidson and Kardashian, only two posts appear on the rapper’s profile: one on the war in Ukraine and the other with the plasticine video in step one of Eazy.

Below we show you the video clip of Eazypublished on the official Instagram profile of Kanye West.