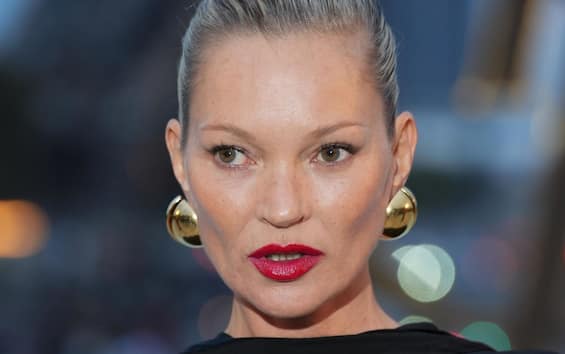 Although the aim is to advertise garments and accessories from the Resort 2022/23 collection, in the latest advertising campaign by Marc Jacobs for us there is only her, Kate Moss, or rather, the new one Kate Moss come on bubblegum pink hair.
The British supermodel abandoned her famous very light blond for the friend and American designer with whom she shared fashion moments that became legendary starting in the 1990s. Those legendary years are precisely the reference of the new hairstyle that is for the top model anything but new.

Kate Moss and the iconic pink of the nineties

Social media users have elected the the nineties and the first ten years of the Two thousand to highly trendy historical moments, as evidenced by the quantity of vintage videos and photos that circulate between Instagram and TikTok every day. Cinema, lifestyle and fashion are the main reference areas of the content creators who compete to publish the coolest images of avery rich era especially in terms of pop culture.

It didn’t need social media for Kate Moss to become a major style icon of the Millennium. The British supermodel, daughter of an era without millions of like selfies, based her popularity on the admiration of legions of adoring fans, who today applaud her latest transformation that brings to mind the images of days unforgettable.
In the 1998 a twenty-four-year-old Kate Moss was walking for Versace with a vibrant pink dye, a request from Donatella Versace that reflected the taste for punk-tinged hair of the moment. Previously, the model had already dyed her hair pink, but one softer nuancealmost pastel, to parade for Chanela maison that at the time was under the leadership of Karl Lagerfeld.
Both apparitions had increased the myth of Mossalready in the top model Olympus together with Claudia Shiffer, Linda Evangelista and Naomi Campbell, but universally recognized for her rebellious and unconventional beauty.

In the 1990s and 2000s, Moss became one of the most popular faces of the Cool Britannia. In the same years, in the shadow of the Eiffel Tower, Marc Jacobs revolutionized Louis Vuitton establishing himself as one of the most appreciated designers in the sector.

It didn’t take long for Kate Moss and Marc Jacobs to recreate the magic of the Nineties: the new advertising campaign of the Marc Jacobs brand has already made the rounds of the web in just a few hours, arousing strong emotions in millennials who immediately approved the model’s new hairstyle.

Everything is in its place and desirable in Harley Weir’s shots, from the mega-strap shoes that had already attracted attention on the show in New York, to the Parisian stockings strategically placed in plain sight by stylist Danielle Emerson. Moss flashes her pink locks and captures her lens with hers magnetic presence. For her, who laughs and jokes with her stylist friend, it doesn’t seem like a day has passed ever since she sported that over the top hairstyle for the first time. Once again, we have to agree with the supporters of nostalgia marketing.