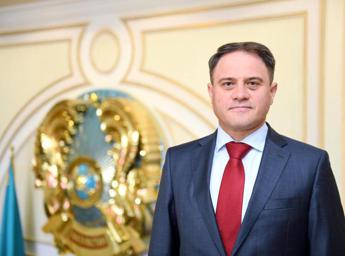 “Your visit raises the spirit of our Nation, great work for Congress religious leaders”

The Kazakh Catholic community “can’t wait to welcome Pope Francis” and at a time when “the world is facing many uncertainties and challenges” his visit “raises the spirit of our nation”. This is what the Kazakh deputy foreign minister, Roman Vassilenko, said in an interview with Adnkronos, in view of the arrival in Kazakhstan of the pontiff for the Congress of world and traditional religions leaders, scheduled for 14 and 15 September in Nur -Sultan.


“Obviously we can’t wait to welcome Pope Francis to Kazakhstan”, Vassilenko said, underlining that the pontiff’s visit will be the first visit by the head of the Catholic Church to the country after that of John Paul II in September 2001.

“I must add that unfortunately Pope Francis will visit Kazakhstan at a time of tense geopolitical relations due to the conflict in Ukraine”, which is “a source of considerable concern throughout the world, including in Kazakhstan”, continues the deputy minister of Foreign, highlighting that the former Soviet Republic will ensure that the Congress of religious leaders represents “a platform for fruitful meetings between the Pope and other religious leaders on the current situation in the world”.

“It is a great honor for Kazakhstan to welcome Pope Francis to our country. His positive influence on the world cannot be minimized”, adds Vassilenko, recalling the contribution made by the pontiff – whom he defines as a “very influential and inspiring” person – to improve of relations between the United States and Cuba.

In Kazakhstan there are five Catholic dioceses and about 250,000 Catholics of the Latin rite. For them, the Pope’s visit will have “an enormous religious significance. I can tell you with certainty that the people of Kazakhstan, regardless of religion, are looking forward to the Pope’s visit”, remarked the Deputy Foreign Minister, according to whom the event of this ‘year will be the largest ever since the Congress was established in 2003. “So, as you can imagine, a lot of preparatory work is underway to ensure that the forum runs smoothly,” Vassilenko points out.

In fact, more than 100 delegations from 60 countries are expected in Nur Sultan, including representatives of Islam, Christianity, Judaism, Shinto, Buddhism and, again, Zoroastrianism, Hinduism and other religions. In addition to Pope Francis, the Grand Imam of al-Azhar, Ahmed Mohamed Ahmed El-Tayeb, Patriarch Theophilos III of Jerusalem and delegations of important religious and international organizations from the United States, Europe and Asia are scheduled to attend the Congress. .

By hosting the long-awaited Congress of Religious Leaders, Kazakhstan “hopes to contribute to the construction of a bridge that brings cultures and civilizations together on a global level”, Aigul Kuspan, chairman of the Foreign Affairs Committee of the Kazakh Parliament, explains to Adnkronos.

In a world of ethnic and religious conflicts, the deputy points out, Kazakhstan has managed to “build a stable and harmonious society” despite a very diverse population. “As we continue to see around the world today, such a mix can be a recipe for resentment, division and, sadly, violence. Despite such potential pitfalls, over 100 ethnic groups and 18 live in peace and harmony in Kazakhstan today. confessions “.

The president of the Foreign Affairs Commission, reporting that in the former Soviet Republic there are about 3,200 places of worship and about 4 thousand religious associations, declares that Kazakhstan in just 30 years of independence has created “its own unique model of society, where tolerance ethnic and religious has become the cornerstone in building a prosperous state “.

“The promotion of this unique model of inter-ethnic and inter-religious harmony in the international arena is a constant priority of the country’s foreign policy,” he concludes, arguing that “Kazakhstan has actively contributed to global efforts to find solutions to diplomatic crises. As he noted President Kassym-Jomart Tokayev at the 74th session of the United Nations General Assembly in 2019, Kazakhstan has become a global center for dialogue between religions and civilizations – he concludes – Inter-religious and inter-ethnic harmony, combined with political stability, has allowed to Kazakhstan to establish itself as a responsible promoter of peace and diplomacy “.