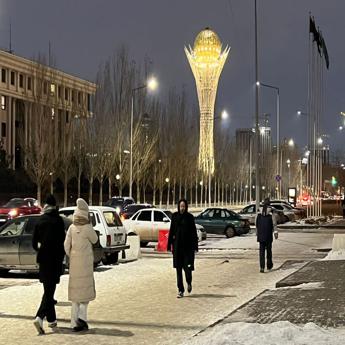 Having overcome the contraction of 2020 due to the joint effect of the pandemic and the increase in raw materials, in the first eight months of this year – Ice data – Italian imports from Kazakhstan went from 1.1 billion to 2.9 billion euros compared to the same period of 2021. Exports, on the other hand, amount to 490 million euros, +53% compared to the same period of 2021, with energy naturally dominating although growing sectors are also pipes and pipelines, footwear, appliances for household use, agricultural machinery and other chemicals. The trade is 3.4 billion euros.


Relations between Italy and Kazakhstan have steadily strengthened since 1991, in a constant framework of dialogue and mutual benefits, also thanks to the multi-vectorial nature of Astana’s foreign policy. A strategic partnership treaty was signed on the occasion of then President Nazarbayev’s visit to Rome on 5 November 2009, in order to stimulate economic and commercial exchange between the two countries and the agreement between the two countries was further strengthened by the three high-level political meetings held in 2014-2015.

With average GDP growth over the past 20 years of over 6% and peaks of over 13%, massive oil and gas resources, immense mineral resources such as uranium, gold and tantalum, and a location in the heart of Central Asia, Kazakhstan represents an economy of considerable interest for Italian companies. Since independence, the Central Asian country has nearly quadrupled its per capita income. According to the Kazakh Central Bank, in the last 20 years the country has attracted a stock equal to 350 billion dollars of foreign investments, positioning itself behind Russia among the countries of the former Commonwealth of Independent States (CIS), thanks above all to the impressive inflow of investments concentrated in the large hydrocarbon fields of Tengiz, Kashagan and Karachaganak, located in the Caspian Sea region.

The joint effect of the pandemic and the raw material price crisis weighed heavily on the GDP performance of the Central Asian country in 2020, after the Kazakh economy had grown by an average of 3.3% in the previous four-year period with a peak of 4.5%. % achieved in 2019. For the two-year period 2021-2022 there was the expected economic recovery which, according to the main international financial institutions, should lead to growth of around 3% this year. The decline in 2020, which occurred after a recovery phase from the currency crisis of 2015-16, made the fragility of the Kazakh economic system even more evident, still excessively dependent on fluctuations in the price of oil and other raw materials and on commercial exchange with Russia and China.