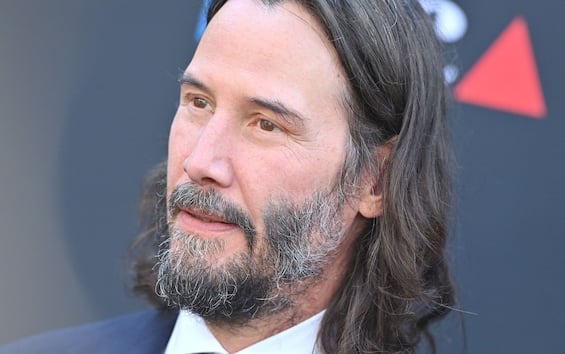 Keanu Reeves would like to be part of a Marvel movie, specifically one dedicated to Ghost Rider. This character is the alter ego of Johnny Blaze, a motorcycle stuntman who, in order to save the life of his adoptive father, agrees to be taken over by a demonic entity, Zarathos, transforming himself into a hellish creature with a flaming skull instead of a head. Here’s what the actor said.

That Keanu Reeves was a fan of comics was well known. The famous actor has indeed conceived and written BRZRKR, a comic series consisting of 12 issues. During a host at Jimmy Kimmel Live, the John Wick star was asked which Marvel character he would love to play the 10-year-old “Keanu” on the big screen. “Reeves, 10, would like … I think he probably would like to be Ghost Rider” replied the star. A revelation that has thrilled both fans of the actor and those of the comic, who had long ago chosen Reeves as “the perfect performer” of the character, previously played by Nicolas Cage. During the interview, however, Reeves did not want to say anything about the different roles that Marvel has offered him in the past and instead focused on his admiration for the films. said. “I think the way Marvel movies have developed and what they are is really spectacular and it would be great to be a part of itLove is reciprocated: In 2019 Kevin Feige, president of Marvel Studios, revealed to Comicbook.com that there was a great desire to find the right way to include the actor in the superhero franchise.

Meanwhile, it seems that Keanu Reeves is considering directing the live-action big-screen adaptation of BRZRKR, the comic series created by Reeves himself with cartoonist Matt Kindt and illustrator Ron Garney. The actor would also cover the role of the protagonist and, in a recent interview with Collider, he revealed that the film will be produced by Netflix, while the screenplay will be curated by Mattson Tomlin. Keanu Reeves has already tried his hand at the role of director when he directed in 2013 Man of Tai Chi. As stated by the 58-year-old artist himself, at the moment the chances of him actually directing the film on BRZRKR are 33%.